Devices, through age and wear and tear, inevitably break down. This could be due to little things like a short lag when you're accessing apps or maybe your battery life isn't as healthy as it used to be but still bearable.

Sometimes, however, it seems like your phone is ready to give up and is one tiny accident away from going up to electronic devices heaven.

The so called "iPhone Black Screen of Death" seems like one of the instances. But don't despair, you can still save it from the clutches of the Grim Reaper.

5 Ways to Fix the iPhone Black Screen of Death

First, what is the Black Screen of Death? It is when the phone's screen is black but it generally still works. It could also be that the screen is turned off and remains off regardless of how many times you press the on button or your home button or tap on your screen.

The milder case of this would be a frozen screen.

Complications that could be the cause of the screen problem include hardware issues, software issues, breakage, issues with a particular app, or a low battery, according to ESR Gear.

Don't panic just yet. You won't lose any of your precious photos and videos. Just simply follow some of these tips:

A force restart of your device will not erase the content on your device, Apple assured. You can force restart without needing to see what's happening on screen by simply pressing a few buttons.

It may be silly, and you've probably done it, but maybe you didn't do it long enough. If the battery unknowingly got completely drained, it would take a while for your screen to flash the charging screen.

Apple said: "If you don't see the charging screen within an hour, or you see the connect to power screen, check the jack, USB cable, and power adapter. Make sure that everything is plugged in firmly, free of debris, and not damaged. You might want to try a different USB cable or power adapter." 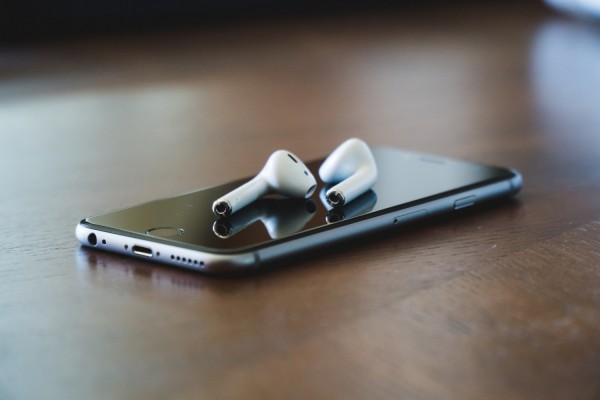 A screen going pitch black in the middle of your phone usage could be an isolated software issue, meaning it could be a problem with the app you are using, ESR Gear noted.

It could also be that the app is loading something, like your Netflix and Youtube waiting for the video to load, making black screen on display while it waits.

What you can do is exit the app, close it, and go to the home screen.

Check the App store for any App updates and install them, especially for the apps that crash on you. This could be a bug and the new update will fix that.

Finally, restart your iPhone. That should do that trick and if any app problems persist, it is best to contact the developer.

2. If Your iPhone Gets Stuck During Start Up

This is for when you see the Apple logo or a red or blue screen during start up. Apple laid down the steps:

Apple said your computer will download the software for your device. And if it takes more than 15 minutes, your device will exit recovery mode. Apple instructs that you'll need to repeat steps 2 and 3.

Solving device problems at home is more practical and will definitely save you a bit of cash. However, if the problem isn't solved by means of Apple's tech support or a reputable source, it is best to leave it to a professional.

Please, do not try to do any hardware repairs or extraneous software repairs to your iPhone if you are not qualified. You will more likely do more harm than good.

Contact Apple Support to help you out, they will most likely ask you to send it in for them to run some diagnostics.

If you are a little bit more economical, a simple Google search can help you find a trustworthy phone repair expert in your area that will probably charge less.