If your Samsung Galaxy's display is flickering, don't despair. More often than not, the problem is caused by glitches that can easily be fixed. Here are some easy and quick fixes you can do to get your display up and running again.

Why Is My Samsung Galaxy Display Flickering?

According to Samsung, a flickering Samsung display can be caused by a software problem. However, hardware issues should not be ruled out either.

Software glitches could come from the apps running on the phone or software bugs when your phone is running on older OS.

Glitching screens could look like a black and white line that randomly appears on the screen, flickering pixels that fill the display when you touch the screen, or the screen blinks repeatedly when you're using the phone, TechVille said.

It is always good practice to make sure your device is running on the latest software. This helps protect your device from bugs since updating to the latest version of the operating system includes the latest security updates.

If the flickering Samsung screen is because of an app or software bug, the fixes are quite easy and simple to do.

Just like how you should be keeping your phone's operating system software up to date, you should also check that the individual apps you are using are also the latest version that is most compatible with the OS you are running on, TechVille noted.

App updates are usuall installed automatically, but it is still a good idea to check it manually by going to the Google Play Store and selecting My Apps. Any new updates that need to be installed should appear on that page.

Safe Mode helps determine if the issue you are facing is due to an installed app, Samsung explained. 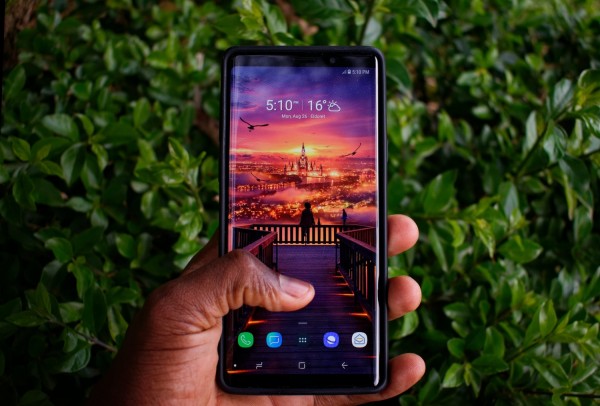 (Photo : Elly Brian/Unsplash)
If the flickering Samsung screen is because of an app or software bug, the fixes are quite easy and simple to do. If, however, none of the software fixes work, the problem is more likely caused by a hardware issue and should be taken to a Samsung Support Center when the device can be run through diagnostics and repair. Do not attempt to perform any extensive fixes on your phone if you do not have prior experience as you may do more damage than good.

If the flickering stops when your device is in Safe Mode, this could mean that the issue is being caused by a bug from one of the apps you have installed, Samsung said.

To find which app is causing the problem, uninstall the most recent app you downloaded before the problem started. Repeat the process until the flickering stops. You can always reinstall an app that wasn't causing the issue.

However, if the flickering continues even when in Safe Mode, the issue could be in the hardware and so an appointment with the nearest Samsung Support Center is necessary.

You can adjust your display's brightness setting to see if the screen still flickers.

You can also go right ahead and adjust the brightness slider to see if the flickering screen only happens when it is in a specific brightness level.

If the problem occurs when the phone's display is set in low brightness, TechVille suggested turning off hardware overlays.

Head over to Settings > System > About Device. Select Build Number until the screen displays the message "You are a Developer Now."

Return to Settings > System > Developer Options and scroll down to Rendering Section/Drawing Section and select Turn off Hardware Overlays.

Your Samsung phone could be carrying corrupted data in the system that has been causing your screen to flicker. Clear the cache on your device and see if that has improved the situation.

Once the menu appears on the screen, use the Volume up and Volume Down buttons to select Wipe cache partition. Confirm the action by pressing the Power button.

If none of these fixes work, the problem is more likely caused by a hardware issue and should be taken to a Samsung Support Center where the device can be run through diagnostics and repair. Do not attempt to perform any extensive fixes on your phone if you do not have prior experience as you may do more damage than good.

Related Article: Samsung Galaxy S21 Ultra Camera Is So Powerful: How to Activate 108-Megapixel Camera Plus 3 Tips and Tricks!