Bitcoin, and the cryptocurrency market as a whole, is starting to gain more credibility outside of its community. Millionaires, billionaires and other notable characters have expressed support for the biggest cryptocurrency and have even integrated it into their businesses in one form or another.

How Does Bitcoin Work?

Bitcoin is a virtual currency that is not tied to a bank or government and allows users to spend money anonymously, Euro News explained. To provide these virtual coins, "miners" lend computing power to verify other users' transactions that use blockchain technology. For their services, they receive Bitcoins.

The cryptocurrency can be bought and sold using US dollars and a few other fiat currencies or legal currencies issued by governments.

A notable change in the cryptocurrency market that has given it more credibility in the financial space is its now practical use. Some businesses take Bitcoin as payment, which can be an appeal and a drawback.

Bitcoin was launched in 2009 by a person or group operating under the name Satoshi Nakamoto. When Bitcoin started becoming more widespread in the community, Nakamoto dropped off the map, Euro News said.

Interested buyers of Bitcoin can also purchase smaller denominations of the cryptocurrency called Satoshi, named after its founder. One Satoshi is worth 0.00000001 Bitcoin.

Some notable individuals showing support for Bitcoin include Mark Cuban, billionaire and owner of the NBA team the Dallas Mavericks, and Twitter and Square CEO Jack Dorsey.

Tesla CEO Elon Musk was once a big proponent of the cryptocurrency and even started to accept the crypto coin as a mode of payment for their vehicles. However, due to Bitcoin's ecological footprint with its mining, both the CEO and the company have retracted their support. The Chinese government has also been very heavy handed with its crackdown on Bitcoin mining. 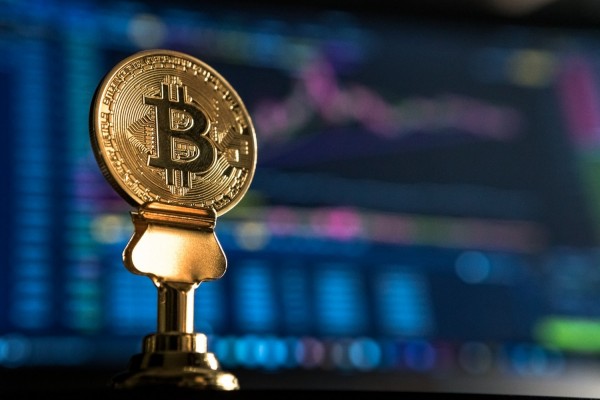 (Photo : André François McKenzie/Unsplash)
Interested buyers of Bitcoin can also purchase smaller denominations of the cryptocurrency called Satoshi, after its founder. One Satoshi is worth 0.00000001 Bitcoin. Bitcoin needs robust security to guarantee user funds will not be hacked, but it is stable enough as a cryptocurrency to not do much else, and is viable as an investment. Still, volatility grants immunity to no one, and so traders must be able to protect themselves should anything go wrong with their purchases.

The process of mining crypto requires large amounts of energy to power the supercomputers needed, and the concentration of mining varies around the globe depending on access to cheap electricity. In China, where the majority of the Bitcoin mining occurs, miners often rely on electricity produced by coal-fired power stations, which raises the question of the long-term viability of Bitcoin. Musk also raised that it does not align with his or Tesla's values.

Overstock.com accepts Bitcoin, and the oldest bank in the US, BNY Mellon, said it would include digital currencies in the services it provides to clients. Paypal also recently added Bitcoin support to its platform.

Is Bitcoin a Safe Investment? Pros and Cons

Given the decentralized and unregulated nature of Bitcoin, traditional financial experts are skeptical of the cryptocurrency. Its value is more difficult to predict compared to the stock market. Because it has just started to gain more notable traction, not much important historical data can be gathered to make a sound financial judgment and plan of action for investors and traders.

Risk is high, given the volatility of the crypto market, and it is very susceptible to trends and influences from high-profile figures like Elon Musk. He successfully tanked Bitcoin prices after denouncing his support.

There are also some inherent dangers to a digital currency including hacked servers, deleted files, and lost passwords that can leave the funds essentially lost forever, CNN added. There is a lack of a regulatory body which can be seen as a good and bad thing.

Transactions are anonymous and require no broker or third-party mediator. If interested investors or traders want to try their hand in cryptocurrency, Bitcoin is a more viable option given that it is the largest crypto in the market and has more credence compared to other coins.

Juan Villaverde, an econometrician, mathematician, and cryptocurrency analyst of Weiss Cryptocurrency Ratings, likens Bitcoin and Ethereum to gold and oil.

In a conversation with MarketWatch, he explains how gold is a safe store of value whereas oil is a commodity, with its applications to everyday life incredibly diverse. And the same can be said for Bitcoin and Ethereum.

Bitcoin simply needs robust security to guarantee user funds will not be hacked, but it is stable enough as a cryptocurrency to not do much else and is viable as an investment. And given that it has limited circulation, there is some semblance to how traditional stocks perform and short term inflation of prices are not as dramatic as other cryptocurrencies with an infinite cap. This means the value can increase over time, in theory.

Although Bitcoin is more established in the cryptocurrency market, that does not negate the risks that come with trading and investing in cryptocurrency. Even one as entrenched as Bitcoin, volatility grants immunity to no one, and so traders must be able to protect themselves should anything go wrong with their purchases.

Like all other trades, cryptocurrency or otherwise, risks are involved, and traders must take the time to learn and assess how to mitigate those risks.