Justine Ezarik, otherwise known as iJustine to her 6.9 million subscribers on YouTube, is one of the top tech personalities onlione. Starting her channel in 2006, she has amassed over 1 billion views across all her videos, talking about tech, video games and chronicling her life.

Find out more about one of the most popular YouTubers in the tech space.

According to Celebrity Net Worth, Justine Ezarik has a net worth of $2 million.

A Youtuber, host, author and actress, iJustine talks about tech, gaming, travel, and vlogs on her YouTube channel. She also has a podcast with her sister Jenna Ezarik called "Same Brain" where they cover new tech, tech news and video games.

A Pittsburg Technical Insitute graduate in 2004, Justine initially wanted to focus on a career in graphic design and editing. In fact, she won second in an online video contest sponsored by Yahoo! and her video work opened up doors to guest-starring in the television series "The Kill Points" and a co-hosting role on the weekly series "MacBreak."

In 2007, she launched her own "lifecasting" program and became one of the most popular life casters on the internet.

She pivoted her focus to building a steady acting, hosting, and vlogging career in 2009 and has since then been able to host shows like the NBC reality show "Escape Routes" and the Epic Games Fortnite E3 Tournament in 2018. She's the host of AOL's "HardWired" and joined the international campaign for "Call of Duty: Black Ops 2," directed by Guy Ritchie.

Her strong online presence has led her to become the brand ambassador and work with companies like Amazon, Mattel, Sony, Samsung, LG, Ford, GE, Carl's Jr., Taco Bell, Doritos, Skittles, Sharpie, Microsoft and many more, according to IMDb. 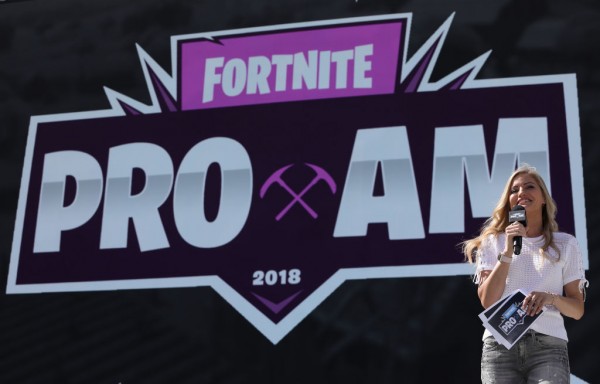 (Photo : Christian Petersen/Getty Images) iJustine has been the host of the Epic Games Fortnite E3 Tournament in 2018, AOL's "HardWired," and joined the international campaign for "Call of Duty: Black Ops 2," directed by Guy Ritchie. She also anchored the 2021 Consumer Electronics Show or CES, hosting its first-ever all-virtual show.

6. In 2012, iJustine was ranked the sixth most influential personality by The Daily Beast's Digital Power Index.

5. She is the author of a New York Times Bestseller titled "I, Justin: An Analog Memoir." The memoir covers how she's been tech-obsessed since she was a child, building her first website by the time she was in sixth grade.

We saw what you did there, iJustine. A pioneering life-streamer hits a 10th anniversary. https://t.co/BzRMhzbdJv pic.twitter.com/FfHyIXtSpM

4. iJustine was the main character on the first and fourth season of the YouTube Premium series "Escape the Night," a murder-mystery reality show.

3. She was an advisor to Arnold Schwarzenegger in 2016 when she joined the reality competition series "The New Celebrity Apprentice."

2. She has guest-starred in quite a few television shows including "Law & Order: Special Victims Unit," "Criminal Minds," and "The Vampire Diaries.

1. The "300-page iPhone bill." She first gained viral success when she posted a one-minute video about an itemized AT&T bill that garnered more than 3 million views in 10 days.

Related Article: Marques Brownlee Net Worth 2021: How Rich Is the YouTube Star and How Much Does He Earn Per Ad?