A new and ambitious biotech startup is shaking up Silicon Valley. Only incorporated earlier this year, Altos Labs has already received support from the likes of Jeff Bezos and Yuri Milner. The new company is pursuing a way to rejuvenate cells that could ultimately prolong human life.

What is Altos Labs?

Yuri Milner, a Russian-born billionaire known for making fortunes on Facebook and Mail.ru has a penchant for the sciences. He started the black-tie even called "Breakthrough Prizes" offering $3 million awards each year to outstanding physicists, biologists, and mathematicians, according to MIT Technology Review.

Last October 2020, in Milner's super-mansion in the Los Altos Hills in Palo Alto, a large group of scientists, all COVID-19 tested and wearing face masks, assembled in a theater for a two-day scientific conference. Other attendees joined via teleconference.

The topic of the conference? How biotechnology can be used to age humans backward.

The conference gave birth to the new anti-aging company called Altos Labs, which is incorporated in both the US and in the UK. The company is looking to establish several institutes in the Bay Area, San Diego, Cambridge, UK, and Japan.

Professors, researchers, and scientists in the program can be earning $1 million a year, possibly more, plus equity, MIT Technology Review said.

The company is pursuing what is called biological reprogramming technology, a way to rejuvenate cells in the lab. The labs will look into how cells age and ultimately how to reverse that process.

Richard Klausner, the one-time chief og the National Cancer Institute is the CEO of the new company. 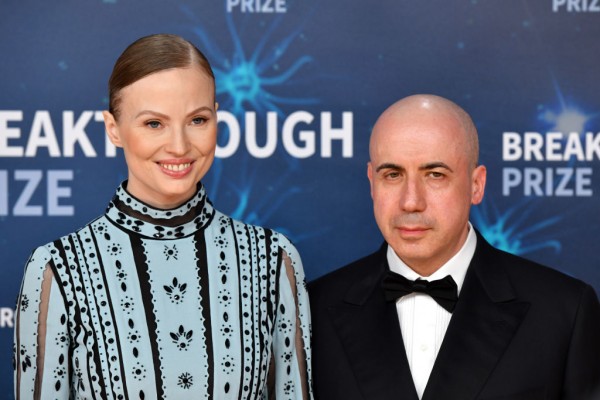 Joining this bold conquest for the fountain of youth is Dr. Shinya Yamanaka who earned the 2012 Nobel prize for researching into cell reprogramming, The Daily Mail reported. The research lead to the discovery of the addition of four specific proteins to cells can actually revert the cell back into an earlier state.

Spanish biologist Dr. Juan Carlos Izpisúa Belmonte who works at the Salk Institue in California is also on board. He pioneered research into cell switching. He applied Dr. Yamanka's embryonic stem cell technique and applied it to mice back in 2016. The mice showed signs of age reversal. He has also won notoriety for research on mixing human and monkey embryos, predicting that human lifespans could be increased by 50 years.

Dr. Jennifer Dounda earned a Nobel in 2020 for her co-discovery of CRISPR gene editing, which has applications in cancer treatment and other genetic diseases.

Another notable scientist who is well-versed in the field of cell aging is Dr. Steve Horvath. Dr. Horvath is the developer of a "biological clock" that can accurately measure human aging, MIT Technology Review said.

The company has not made any official announcements just yet but it is possible that other Silicon Valley investors and venture capital firms have also provided their financial support for this new startup.