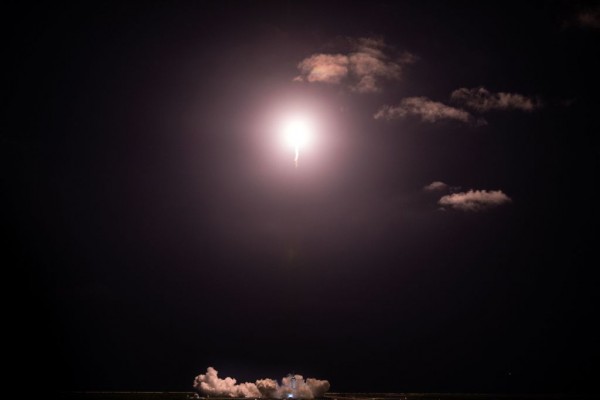 SpaceX Starlink satellites can be the future of a safer GPS.

Researchers from the University of California-Irvine announced in a new peer-reviewed paper that signals from their SpaceX Starlink satellites can be used to pinpoint locations on Earth within 8 meters of accuracy. The research team used multiple signals from low Earth orbit (LEO) satellites for navigation, similar to how a GPS works from an ever-growing collection of data.

According to the report of Ars Technica, SpaceX stated that this technology will not replace any of our smartphone's map applications in the near future. This was reported as a significant foundational experiment for Starlink that required tracking satellites for 13 minutes to figure the exact location here on Earth.

Astonishingly, the researchers were successful in locating without any involvement of SpaceX, which proves that the process used can be used for navigation.

Zak Kassas, the Center for Automated Vehicles Research with Multimodal Assured Navigation (CARMEN) director, said that "We eavesdropped on the signal, and then we designed sophisticated algorithms to pinpoint our location, and we showed that it works with great accuracy."

Even though Starlink wasn't invented for navigation, the researchers still wanted to showcase the advantages of learning the use of the system that it is very capable of doing navigation accurately and more.

According to Ohio State News, the researchers mentioned that there were no capabilities present in acquiring the details delivered by the satellites. Instead, they only have data related to satellite's movement and location and did not need reinforcement to use the satellite signals of SpaceX.

This said experiment was pioneered by Kassas, a director of the Autonomous Systems Perception, Intelligence, and Navigation (ASPIN) Laboratory and a UC-Irvine professor, together with a Ph.D. student at UC-Irvine, Mohammad Neinavaie, and Joe Khalife, who is a postdoctoral fellow at the University of California, Irvine.

It was reported that both Neinavaie and Khalife were members of the lab. The experiment took place in the campus of UC-Irvine using an antenna.

Read Also: SpaceX Starlink Satellites Location Tracker: Where and When to Find Its Train of Lights in the Sky

How They Did It

In conducting this experiment, thorough research and data collection and analysis took place, which required analyzing the signals delivered by the satellites and studying the system of Starlink.

The research team created an algorithm capable of utilizing signals from various satellites to track down a position on Earth. Afterward, the team placed the antenna within the vicinity of UC-Irvine, and they then decided to use the network to distinguish the location of the antenna.

How It Benefits the Public

The realization that the Starlink satellite can be used as a navigation tool by any public and private agency as a much safer alternative to GPS can open a whole new potential for it fuels nearly all navigation systems around the globe.

GPS signals are volatile to jamming attacks that could easily dismantle GPS signals completely, which is an emerging predicament in aviation. Another complication car companies face is spoofing attacks on GPS, which can maneuver a vehicle's location and capabilities to overlap routes. Cyberattacks could occur through Tesla's autopilot, maritime vessels, and civilian drones.

Related Article: What Is SpaceX Starlink? Price, Global Coverage, Where to Pre-Order, and More