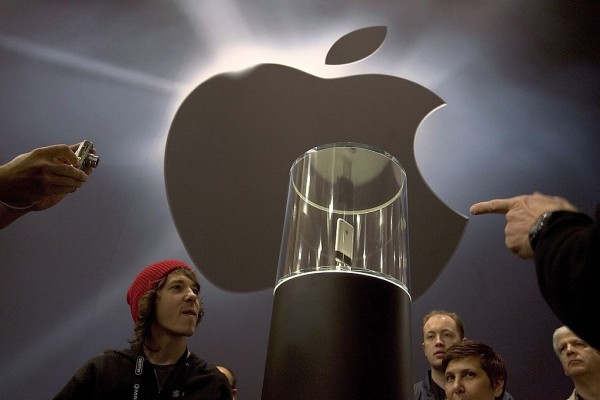 (Photo: David Paul Morris/ Getty Images)
After the iPhone 13 release, news leaked that Apple is rumored to be working for the next iPhone 14.

It has been a month since the new iPhone 13 was officially made available to the public. However, Apple seems to be moving speedily for the iPhone series, and iPhone 14 leaks began giving away details.

Apple's most extensive and most costly iPhone outsold its smallest and least expensive iPhone, according to the data from CIRP earlier this year. So it's only reasonable to suppose that the iPhone 14 series will ditch the mini in favor of another larger version, even if it lacks the Pro camera gear. A large version at a slightly lower price should sell well.

Further along the line, Apple added a 1TB storage option to the iPhone 13 Pro and iPhone 13 Pro Max, making it the highest storage configuration ever offered on an iPhone. The new option was introduced as a result of new camera features, such as ProRes for videos, which will be available later this year. ProRes videos, as well as 4K 60FPS footage taken on the iPhone, take up a lot more space than standard videos.

The iPhone 13 Pro and iPhone 13 Pro Max have been advertised as the ultimate tool for filmmakers and cinematographers. The 1TB option targets capable and professional users, and at the same time, everybody could use it.

It is important to note that the new iPhone is only suspected to be named iPhone 14 Max. The iPhone 14 Max is expected to have the same 6.7-inch display as the Pro Max model, with almost the same internals and screen size as the 6.1-inch iPhone 14.

As Apple is expected to adopt 120Hz LTPO OLED panels on all four models, the two pairings may have more in common than just the diagonal measurement.

It has been Leaked that Apple put more focus and emphasis on a comprehensive redesign that eliminates the notch for the iPhone 14 instead of focusing on camera advancements. Regardless, every new iPhone comes with a camera upgrade. There's no reason to believe that the iPhone 14's camera skills will improve to the point where a new 2TB iPhone 14 storage configuration is necessary.

According to Macrumors, Apple is expected to use a hole-punch design for Face ID for the iPhone 14. In addition, there is a possibility of higher-end variants with titanium bodies and a vapor chamber heating system also exists.