A wild Snorlax appears! No, not on your phone, but alerted on your Apple Watch! A simple solution provided by Apple for those dedicated Pokemon Go trainers. This time you will not miss any Pokestop goodies as you pass along Pokestops, nor miss an egg hatch, no more scrambling to your phone to check for updates on your Pokemon Go map. All you need to do is do a 'what time is it' gesture, do some swipes, and boom! You got another set of Pokestop goodies or a new hatched Pokemon to add to your Pokemon inventory. You can also decide to ignore or catch the wild Pokemon appearing without lifting your phone.

Reported by WeGotThisCovered.com, it is not surprising that Nintendo is now making a big push into mobile gaming after the nuclear blast on Pokemon Go's success which shocked the whole world, specifically its competitors. But still, unexpectedly, Super Mario creator and legendary gaming icon Shigeru Miyamoto presented on stage today for Apple's iPhone 7 reveal. Another first that happened today would be Super Mario, Nintendo's mascot, is set to have his own title on iOS devices deemed 'Super Mario Run'. On top of this, a highly-anticipated Apple game is now being confirmed by Niantic Labs as Pokemon Go will soon roll out on the Apple Watch. Schedule is set before the year would end and just in time for the holidays. 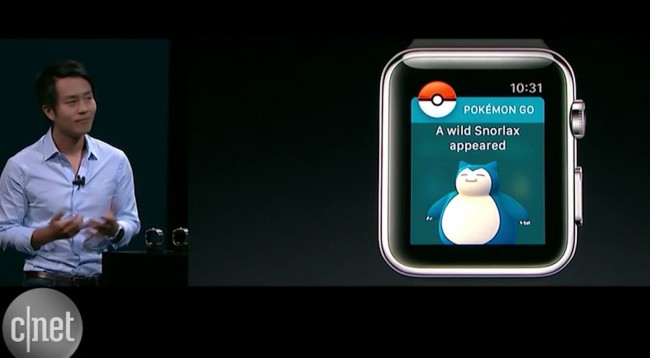 Can I catch Pokemon with the Apple Watch alone?

Unfortunately, no. Take note that you still need to use your phone when catching Pokemon after it is being notified via Apple Watch, but features like collecting goodies on Pokestops and egg hatching can still be done on the watch, without reaching to your pocket.

Aside from the above, features such as recording your walking distance be it yourself or with a Buddy Pokemon can be done via the Apple Watch. It also records how much calories have burned.

No worries, the earlier announced accessory Pokemon GO Plus will be rolling out this month for $34.99, and would offer options similar to the Apple Watch and supports Android.