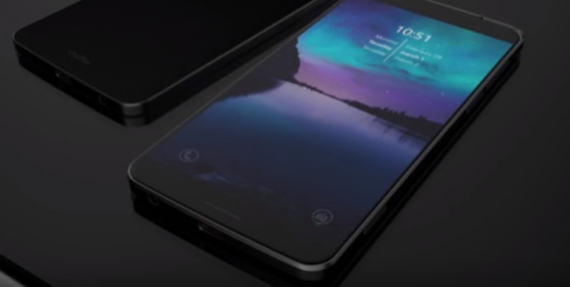 The year is almost over and it's safe to say that we've already seen all of 2016's smartphone releases. It's about time to talk about what's upcoming in the mobile world. While 2016 might have been the most interesting year for smartphone developers considering the Note 7 controversy, it's still exciting to think about what technology has to offer for 2017. Here is our list of the most anticipated phones for next year:

The main reason why people are very excited for the OnePlus 4 is the fact that the OnePlus 3 is very successful. So far, reviews have been very kind for the current flagship killer. With its flagship-for-half-the-price offer, most premium Androids should be very scared of OnePlus. Based on predictions, the company is expected to up its game even more with the OnePlus 4. This means that the phone's RAM size could be pushed to 8 GB and its CPU could definitely be next year's best.

Windows Phones may have been struggling to get to the top, but the anticipation for the Surface Phone is pretty much undeniable. The web is currently full of Surface Phone rumors, predictions and stories, which simply suggest that the phone is highly anticipated. It was said that the Surface Phone could come in three variants with varying specs and just like other Surface devices, this phone could also be Continuum-enabled. It's safe to say that one of the reasons why the Surface Phone is highly-awaited is the fact that the Lumia series might have slightly failed to make it big, and people are interested to see Microsoft redeem itself in the mobile phone market.

Needless to say, the company hasn't confirmed this yet. They never even acknowledged that this phone exists. So as of now, everything that fans have on their hands are web-circulated rumors. It is worth noting that the company will be holding a hardware event this October. However, most tech experts believe that the Surface Phone is still not coming. Instead, it could be released sometime next year.

One of the reasons why the Galaxy S8 is anticipated is the fact that it will be released just months after the demise of the Galaxy Note 7. Sure the Galaxy Note 8 should be the one to shoulder the pressure, but the said phablet won't be due until August or September. That is, if it will still be released. Rumors about the cancellation of the Note brand has already been spreading like wild fire online.

As for the Galaxy S8, GSM Arena says that the device could carry 6 GB of RAM and be powered by Snapdragon 830. An Exynos-powered variant might also get released. The device is also expected to sport an iris scanner and a dual camera system. Clearly, this camera technology is already starting to become main-stream, so the rumor that it will also come on the Galaxy S8 isn't exactly impossible.

All in all, these are just some of the most awaited phones of 2017. We're sure that HTC, Huawei, LG, Motorola and other giant developers also have new high-tech phones planned for next year. Just keep your fingers crossed and hope that next year we'd be able to see smartphones that are well-improved but not overpriced.

Android 8.0 Oreo Update Under Works for Galaxy S8 and S8 Plus