Reasons Why Kevin Hart Is Successful 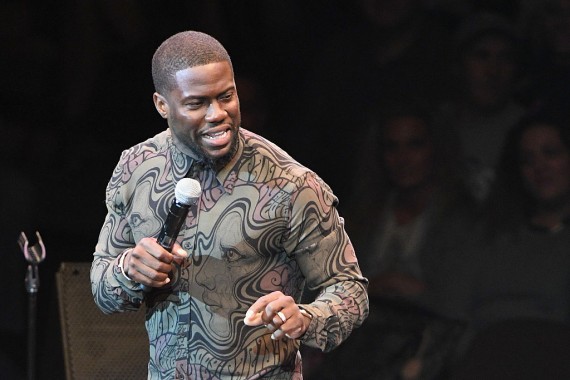 Born and raised in brotherly love, Philadelphia, there is no doubt that Kevin Hart is one of the hottest and funniest comedians we have right now in the business.

Kevin Hart, who is now 37 years old, made a living out of making fun and doing its comedic sketches. Kev is so popular that he has more followers than Seinfeld and Chris Rock on Twitter. He embodies what it looks like to be a normal guy while living in the spotlight.

He started his career as a stand up comedian when he quitted his job as a shoe salesman. By then, Kevin Hart started developing his mic skills and eventually mastering the art of stand up comedy. It wasn't that easy for Kevin to rise to the top immediately specially in stand up comedy.

Day-in and day-out he has to compete with the best of them. That includes Chris Rock, Chris Tucker, Eddie Griffin; and arguably the greatest stand up comedian alive today, Dave Chappelle. Instead of giving up, Kevin Hart used this as his motivation to reach the top and eventually he did.

He already conquered the stage with its hilarious punch lines and now he is one of the best comedians to play in a movie. Kevin Hart already made more than count on one hand movies. Movies such as Ride Along, Ride Along 2, Wedding Ringer, Central Intelligence, Get Hard and his latest, What Now? Is just a few of his successful movies.

So what makes Kevin Hart successful? Here's why he is on top of the food chain right now.

His Fame Doesn't Go To His Head

Kevin Hart stays the same whether he was the lonely shoe salesman before or the superstar that he is right now. He mentioned on an interview that, it was a strong family trait that keeps his feet on the ground. He doesn't mind if he eats in a subway or go to the mall alone. He is as real as it gets.

He Takes Advice And Listens To People Who Already Made It

In the stand up comedy business, there is a fierce competition. If you are weak, then the business is not for you. Remember when we mentioned on top that he was competing against the best? Apparently, he wasn't only competing with them, he listened to them and takes their advice to his heart. Kevin Hart mentioned that Chris Rock kept him from chasing his dreams and Dave Chappelle made him realize how to live his dreams.

He Uses His Life Experience On His Skits

While most comedians use other celebrities to bomb and make fun of them. Kevin Hart is comfortable making fun of himself and his family. As he mentioned before, he's good at it since it's plainly telling his life story in a comedic way. Kevin is also not afraid of being laughed at by his contemporaries as he finds this a success in making them laugh.

Lastly, Kevin Hart uses social media very well. He uses it to plug his films and latest projects. He also uses this as a tool for him to share his everyday life activities, and most of them, they are downright funny.

Fun Facts About The Episodic Series The Simpsons

Kid's Choice Award 2017: The Biggest Winners In The Event; Who Got Slimed?

The Kid's Choice Award last Saturday was epic to say the least. Ghostbusters were the biggest winners of the show as the bagged 3 awards.