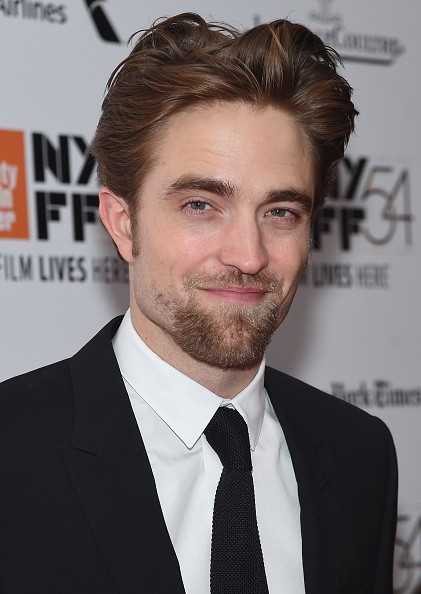 We all have our phobias; we are scared of something bigger than us. Once we encounter our fears, our so-called weaknesses, we act restless and strange. Celebrities are not an exemption to that. They also fear exactly our fears. Just like us, they have their own limitations too.

Here are some of the celebrities' phobia, that you may laugh off or you could relate to:

Robert Pattinson, the lead actor of the Twilight series, has Equinophobia - fear of horses. He actually admitted it during his shoot for the Film of Water For Elephants, according to International Business Times.

The fear started when the actor told that a horse tried to knocked him down. A stallion scared him that created a phobia inside him.

David Beckham fears unorganized things, and wants everything to fall in its proper place. He has Ataxophobia - fear of clutters around him. This is similar to a psychological disorder, Obsessive Compulsive Disorder, a disease that can't handle untidy things.

"I have to have everything in a straight line or everything has to be in pairs. I'll put my Pepsi cans in the fridge and if there's one too many then I'll put it in another cupboard somewhere. I'll go into a hotel room and before I can relax I have to move all the leaflets and all the books and put them in a drawer,"

Seeing butterflies would give a smiling face to everyone who would see it especially to kid. But with Nicole Kidman, it is different. She suffers from panic and anxiety attacks once she saw a butterfly. On the other hand, she is doing her best to overcome this fear.

Her condition is Lepidopterophobia, an anxiety in relation to fear of Mottephobia.

Oprah Winfrey's phobia is the strangest of all. She has fear of chewing gum, Chichlephobia, ever since. It was reported that Winfrey banned chewing gum in her building in Chicago.

As she said:
"My grandmother used to save it (chewing-gum) in little rows in the cabinet. I'd be scared to touch it because it was so gross, so I have a thing about gum,"

Winfrey even told one instance where guest went to her delighful abode. The guest put some gum coming from her mouth and put it on the plate. Opray freaked out and threw the plate right after the guest left.

Black Widow in real life is scared of birds - Ornithophobia. Johansson, as she adds, is also scared of cockroaches, as it is the most common fear of all.

In an interview, Johansson told:

Something about wings and beaks and the flapping... I'm terrified of them. That still hasn't gone away... I was terrified of the peacocks on set (of her new film We Bought a Zoo). Like, 'Ahh, don't get too close.' They're like, mean,"

Webcenters gave out a list of celebrities' fear that is same with us. Here are some:

Jennifer Aniston and Michael Jackson have fear of flying.

Pamela Anderson has fear of mirrors.

Orlando Bloom is scared of pigs.

Madonna is terrified with thunders.

Justin Timberlake is frightened of spiders and sharks.

See? You are just the same as them.

Halloween Costume Ideas That Gives A Bang For Your Buck

Tired of looking for a costume for the Halloween? Maybe this is what you are looking for.

Coolest Places To Visit This Halloween

Ever felt like you need to take a break? Maybe this would be a great way to relax.

The holiday is fast approaching, horror movies are on demand. The question is what movies exactly?

Robert Pattinson Is Unrecognizable In His New Role In 'Good Time', Creates Buzz For An Oscar Nomination

Robert Pattinson gets praised for his new role in "Good Time" and there's buzz that he might get an Oscar nomination.

Robert Pattinson made a huge buzz the other day when he commented about a possible reboot of "Twilight". However, the other cast of the iconic saga haven't commented on the topic yet.

Robert Pattinson, FKA Twigs Not Ready For Marriage Yet?

Some of the fans believe that Robert Pattinson and FKA Twigs will get married as early as in 2017.