Clinton vs Trump: Top 3 Social Media Mistakes In The 2016 US Presidential Elections 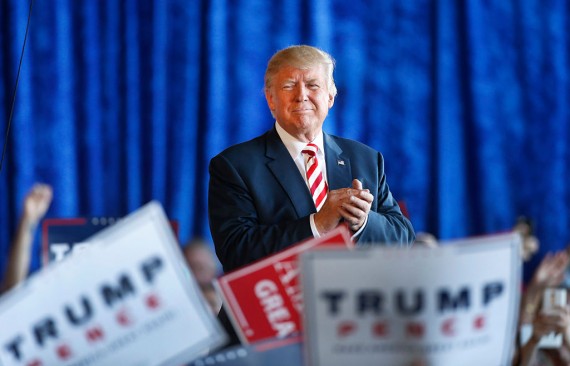 Considering the level of these cases, if seems impossible that there could be more embarrassing posts of both candidates before the elections. (Photo : Photo by George Frey/Getty Images)

The U.S. presidential elections have been characterized as being one of the most controversial in history, since both the Republican and Democratic party elected Donald Trump and Hillary Clinton as their representatives. Given this situation, social media became the candidates´ weapon of choice to make any kind of announcement, statement and thought regarding a particular event.

However, there were many cases in which Trump and Clinton committed such embarrassing mistakes through their social media accounts that the elections became a parody where the candidates were the main joke. Here are the three most hilarious cases so far.

3. When Trump Made Fun Of Iowans Intelligence

Back in 2015, when everyone said that Trump´s running for president was so outstandingly crazy that he wouldn't even get elected as the Republican nominee, today´s presidential candidate made one of his most ridiculous mistakes in social media, making fun of Iowans' Intelligence when he knew that Ben Carson was getting ahead in the polls.

In short, Trump asked if a bunch of Monsanto in the the corn could create brain issues, considering that the medic was leading Iowa´s polls. The best part of this blatant insult is that corn is the Iowa No. 1 export, as reported by The New York Times.

Donald Trump, getting it done today

This crazy moment also had an unforgivable epilogue, since the Republican candidate made something that he rarely does: walking back from a statement. However, if you thought that this guy apologized, you better think again, since he actually blamed an unnamed intern who apparently wrote those tweets.

2. When Hillary Changed Her Twitter Avatar To Rosa Parks

Rosa Parks was one of the most important figures in civil rights movement in the U.S., and was mainly remembered for being arrested for not giving her seat to a white man and refusing to sit at the back of the bus in 1955, when racism was at its peak of violence and hostility against black people.

Rosa and her legacy are both above this.

Nah. I'm not feeling it for *any* candidate. pic.twitter.com/F4CoLEMzVV

On the 60the anniversary of this historical event, Hillary Clinton wanted to make a tribute to Parks on her social media by putting her on the campaign logo, but things went too far and the tribute ended up being an insult to Parks' heroism, since she was seated at the back of an H-shaped bus, which is Clinton´s logo.

1. When Trump Used A Photo Of Nazi Soldiers To Thank American Troops

Sometimes, reality is way more bizarre than fiction, and Trump has provided the best example of this fact with some posts on his social media. However, one of the craziest was when he literally published a photoshopped image of the American flag, and the white house, some dollars, his face, and 5 soldiers on it.

No one knew what was wrong with that picture until someone noticed that the soldiers were wearing Nazi outfits. This created a huge controversy that Trump closed in the bravest and intellectual manner: the post was deleted and his campaign members told that the image was posted by an intern.

Trump campaign responds: An intern did it. pic.twitter.com/oZBJAtwffl

Bonus Track: When Bernie Sanders Wanted To Commemorate Bloody Sunday, But Used A Photo From The Movie "Selma"

When people say that the U.S. presidential elections couldn't have more craziest candidates, they forget about the populist who proposed a $19.6 trillion tax increase over the next decade and praised Fidel Castro and the Soviet Union. That´s right, if Bernie Sanders had won the Democratic primaries, the elections could have been something similar to a "South Park" chapter for sure.

In addition to his irrational ideas, Bernie Sanders is going to be remembered for commemorating Bloody Sunday just as the Indian Billboard made its tribute to Nelson Mandela when he died, using an image of Morgan Freeman.

Believe it or not, instead of using one of the hundreds of pictures you can find of the march, he mistakenly used one of the movie "Selma" in his social media. Just as Trump, he just replaced the image with two tweets, because why not?

The right to vote is at the heart of freedom and equality in America, and the effort to suppress it must be met by fierce resistance. — Bernie Sanders (@BernieSanders) 7 de marzo de 2016

Was the United States behind the internet shutdown of WikiLeaks founder Julian Assange?

Julian Assange now will have to face the enemy from the inside, as it remains unknown which are the Ecuador´s motivations behind the sabotage.