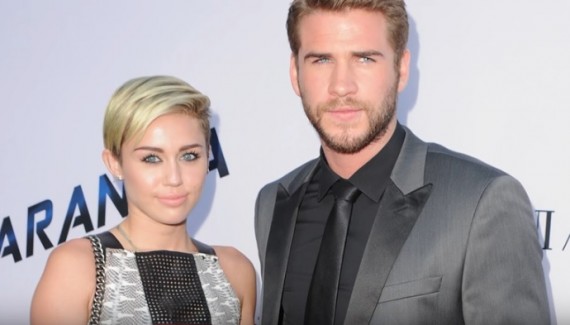 Its as if almost everyday that the former Disney princess is making the headlines. First, when she admits her issue with regards to her sexuality. Second, the ongoing saga in The Voice season 11 and now, the turmoil between her and fiancee Liam Hemsworth.

Miley Cyrus is an entity on her own. She is a showstopper and a topic anyone wants to have. The pop star icon doesn't make any excuses on what she has done for her career and evidently, what she's doing with her life. Miley Cyrus went from a princess persona to a rock star, rebel-like attitude.

Miley Cyrus Is A Wrecking Ball

When her song Wrecking Ball hit the airwaves, it was an instant classic. The song is almost iconic as music stations perceived. According to the singer herself, the song is about struggle on life and on her relationship in general. The way the video was made was so artistic in a way that they were able to depict what she was telling on her song.

The Wrecking Ball was considered as her nemesis or problem that keeps on putting her down when all she wanted was to go up. Other experts said that the wrecking ball is directed to her fiancee Liam Hemsworth. The chorus of the song was surreal that she tried to change it but decided to stick with it. Miley Cyrus is a rock star act and there's no question about that. However there are times that she goes over the board.

Miley Cyrus And Her Sexuality

One of the biggest news in the previous months is when Miley Cyrus opened up with her sexuality. She opened up with EOnline and shared her struggles. "My whole life, I didn't understand my own gender and my own sexuality. I always hated the word 'bisexual,' because that's even putting me in a box. I don't ever think about someone being a boy or someone being a girl," she said to Variety. "Also, my nipple pasties and s--t never felt sexualized to me. My eyes started opening in the fifth or sixth grade. My first relationship in my life was with a chick. I grew up in a very religious Southern family."

"I went to the LGBTQ center here in L.A., and I started hearing these stories. I saw one human in particular who didn't identify as male or female. Looking at them, they were both: beautiful and sexy and tough but vulnerable and feminine but masculine. And I related to that person more than I related to anyone in my life," Miley continued.

In a stunning event, we might see the love birds break up again. This would not be the first time that this two shared their relationship problems. It's been a week since we saw a photo of them in Malibu having a vacation. But insider told the media that it might be the last we will see them together. Is Miley Cyrus' fame too much on their relationship?

Miley Cyrus And Liam Hemsworth Wedding Rumors Denied By Tish And Brandi; Couple Building A Playground In Thier Malibu Ranch

Recent rumors have it that Miley Cyrus and Liam Hemsworth already got married in a secret ceremony. The supposed wedding is said to be teased by Billy Ray Cyrus who posted a photo of the songstress in a white, laced top. Also, talks have it that the couple bought a Malibu ranch where they are currently building a children's playgorund.

Miley Cyrus and Liam Hemsworth might not be married yet, but they were finally seen in public for the first time since news broke of their alleged secret wedding.

Social media has been excited to hear if Miley Cyrus, perhaps secretly married Liam Hemsworth. All thanks to a photo tweeted by her father, Billy Ray Cyrus.