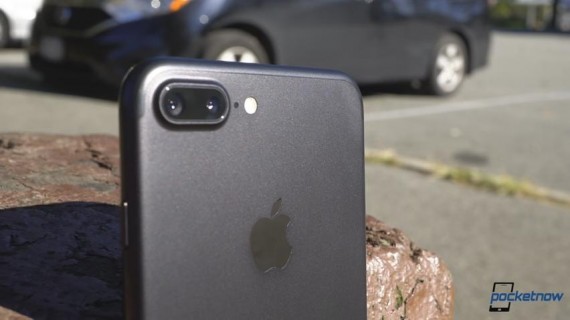 Apple’s upcoming iPhone 8 looks like it will take some inspiration from its Android competitors, most especially in terms of design, as all reports are indicating a larger screen, bezel-less and edgeless design. (Photo : PocketNow/YouTube)

The iPhone 7 and iPhone 7 Plus have just started to roll out in the market, but the tech world is already buzzing about the next handset from iPhone. Currently dubbed the iPhone 8, the 10th anniversary smartphone from Apple is looking to change the face of the iPhone as the world has come to do it. And in order to do so, the Cupertino-based company is looking for some inspiration from its competition.

It is not a rare occurrence that one party involved in a battle will copy some moves from its opponent. And, if early reports are to be believed, Apple is taking a page out of Samsung's books and will offer the iPhone 8 in an edgeless design. MacRumors, which cites sources within Apple's supply chain, also adds that the future iPhone offerings will also be larger than the current iPhone 7 and iPhone 7 Plus.

The sources said that the decision at this point is not final, but that the tech giant is considering 5 inch and 5.8 inch options, which are significantly larger than the current 4.7 inch and 5.5 inch models. Furthermore, the iPhone 8 is expected to be bezel-free thanks to a curved design. The upcoming variants however, have some changes in between them.

Apparently, the 5.8 model of the iPhone 8 will come with OLED display technology, which will theoretically make the screen sharper, brighter and more energy efficient. Apple's normal suppliers, Samsung and LG, will reportedly be joined by Foxconn's Sharp by 2018. Meanwhile, the smaller 5 inch variant will have the standard LCD Display.

The move towards a curved design is a definite possibility, as the S7 Edge of Samsung is definitely one of the year's most popular choices. It not only provides an alternative in the rather stagnant design aspect of the smartphone industry, but it does provide efficiency as well. The curved edge from the Korean tech giant currently offers quick access to the device's various features.

Apple is also reportedly removing the physical home button altogether, as the company seems to have been going towards this direction for quite some time now. Currently, the iPhone 7 and iPhone 7 Plus rely on haptic feedback, which only gives users the feel of pressing a button. It is speculated that Apple will take this a step further with their anniversary iPhone and indicate home button in the screen completely.

As Tech Times adds, the iPhone 8 will also take wireless charging to the next level. Instead of a standard charging plate, which the device will need to touch, Apple is apparently working on more advanced technology. Essentially, if it proves successful, users will be able to charge their handsets without actual contact with anything else, as long as it is within 15 feet of a charging transmitter.

The change seems almost like a second thought, but the amount of ease that wireless can offer is almost endless. Charging via a chord often times limits the potential of a smartphone, especially when the unit's battery proves to be unstable. Furthermore, the removal of the standard 3.5mm audio jack can be seen as an odd stepping stone. Perhaps, in the next device, the Lightning port will only serve one purpose.

For most of the United States, Black Friday means one thing: Sales. And when all the retail giants are prepared to slash their prices, even the best tech devices are up for grabs.

An iPhone Without The Standard Price Tag? Why Taking The Deal Is A Good Idea

There is no doubt that Apple’s line of iPhones are tremendous devices. But, if there was one thing that deters consumers from purchasing the product, it is the price - which is why the company’s new system is sure to be a success.