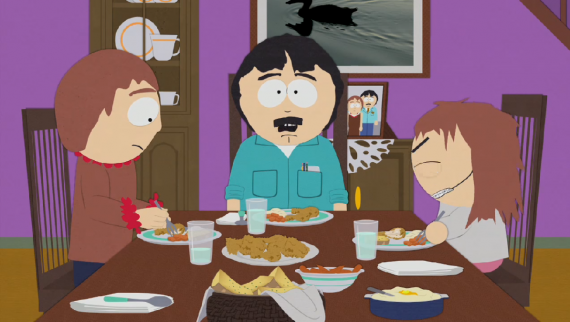 If you think "South Park" was caught off guard following Donald Trump's unexpected victory in the U.S. Presidential Elections, think again. Our all-time favorite animated series is not one to lose their cool and panic over the matter, considering they already created a Hillary-based episode.

Initially, "South Park" Season 20 assumed a Hillary Clinton victory, so they went on to produce episode 7 titled "The Very First Gentleman." Unfortunately, the election results turned a completely different way and hailed Donald Trump as the new POTUS. With the sudden change of subject, "South Park" producers Matt Stone and Trey Parker together with their crew did the unthinkable - a last minute reconstruction of the story.

Thanks to the brilliant and creative minds behind "South Park" Season 20, fans were able to enjoy a topical episode on TV titled, "Oh Jeez." Yep. The same reaction probably most of us had when we heard the news that Trump is the new commander-in-chief.

"South Park" Season 20 Episode 7 not only impressed fans with its last minute seamless changes, it also wowed with how it made history on TV. That's right. The Trump-themed episode rightfully left a mark on the industry.

Apparently, "South Park" Season 20 Episode 7 dropped the most number of uncensored F-bombs on national television. In fact, it has exceeded the number of F-word uttered in "South Park: Bigger, Longer, & Uncut" which counts to a whopping 146 times. According to reports, the F-word had never been spoken unbleeped during the earlier days of the series - not until this Wednesday.

Considering its early time-slot, one would think that there's no way Comedy Central would allow the controversial word uncensored. Usually, late night airings are the only ones allowed to unbleep the F-word so it was surprising enough to go all out on an early time slot.

"The episode marked the first time in the show's 20 seasons that the F-word was not bleeped during an early time-slot showing, according to Comedy Central. Usually, the only time that word is not bleeped is during late-night airings and on Hulu. However, it was said once, uncensored by Mr. Garrison on Wednesday. It was bleeped afterward in the remainder of the episode," the source revealed.

It remains unclear as to why Comedy Central allowed the unbleeped F-word on "South Park" Season 20 Episode 7. Perhaps it's their way of expressing their emotions about Trump's unbelievable win. It doesn't really matter whether they used the show to vent out their dismay or just simply wanted to give raw entertainment. The important thing is they never fail to give its viewers a good laugh despite the current situation. With all the current issues and an impending new leadership, everyone needs something to keep them entertained even for a while.

Be sure to catch "South Park" Season 20 Episode 8 titled "Members Only" on November 16 and see how the newly elected president deals with unfinished business in his hometown.

"South Park" Season 20 Episode 7 will be taking another short break and will air in a later date. Check out the details below.

Butters "Weiners Out" rally continues to make noise around the school. Will it be a success?

“South Park” season 21 is confirmed and Comedy Central says that the show will have two additional seasons.