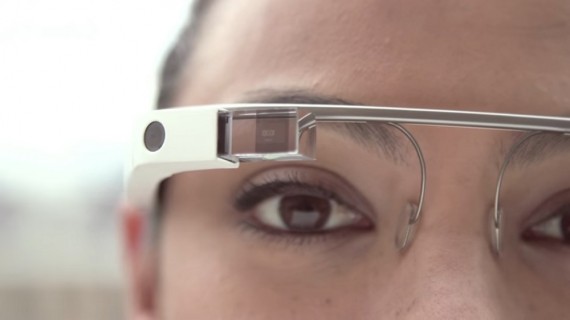 A week ago, Snapchat launched its own wearable glasses, which could be very useful for Apple to analyze how the market reacts to the product these days.<br /> Apple could release this product in 2018. (Photo : Youtube/ Google Glass)

Cupertino giant Apple is one of the most valuable companies in the world, and its products are so incredible that everyone expects constant greatness every day. In fact, is some kind of King Midas in the tech world, characterized by having a peculiar ability to turn into gold everything it touches, like making computers more incredible with the iMac and MacBook, or the mobile devices with the revolutionary iPhone. However, it looks like Apple now wants to make a Google Glass-style Augmented Reality glasses, which might be a very risky move.

A Really Bad Precedent In The Market

Although this represent the natural expansion of a colossal company to new products, the thing about getting into the wearable glasses is that the only precedent of this device in the market was a total failure, which makes it even more dangerous giving the fact that it was launched by the search giant, which is not exactly a weak and irrelevant company.

In fact, the Google Glass was such a disaster that the company discontinued the product and even closed the social media account linked to the wearable glass earlier this year. This clearly shows that the product didn't meet the expectations and was so harmful to Google´s images that it was preferable to go through the humiliation of cancel your own product.

However, Apple might give another try to this product with different features as the Augmented Reality, which has been reported that the company is betting a lot on it. The real problem is that the product´s reputation is so horrific that it could be even bigger than Apple´s brand, which could be the only weapon that the company has to make it attractive to users. Somehow, is like Apple decides to make a smartphone extremely similar to the Galaxy Note 7 if this phone had a characteristic spec and feature as the Google Glass.

The Reasons Why Google Glass Failed

This product fail because hundreds of reasons, but the most important was the unaesthetic design, the low battery life, a very high price, and the fact that Google launched it without any kind of publicity or a major event presenting the product. Also, another huge reason for Google Glass to fail was that it didn't had a clear function, it had many features but it wasn't focus on any particular demand, which was an incredible flaw for the search giant.

However, the most painful hit that Google Glass suffered was that many journalist and bloggers told their uncomfortable experience with this device on their social media, which makes it the worst publicity than a product can have. The thing about this situation is that usually sets a precedent that tends to be extremely difficult to overcome.

Naturally, Apple has taken note of the Google Glass´ fiasco in order to fix never commit the same mistakes, but the low popularity of this product is a delicate issue to solve. Of course, if the Cupertino company release this device, it would be in 2018, give it a lot of time. Although it is possible that Apple steps back from this product, it is possible that the company go forward, which would open the next question: Could Apple succeeds in a market where Google failed?

Apple could take advantage of the release date of Galaxy S8 and Galaxy Note 8. Samsung is betting a lot in its new flagships in order to restore its reputation after the Note 7 fiasco.