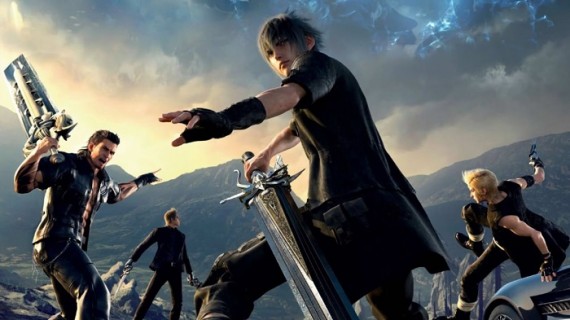 Fantasy 15 DLCs are reportedly aimed to patch the holes that critics found in the game for a more streamlined version. (Photo : IGN/YouTube)

Final Fantasy 15 might be a new game, but the fans aren't certainly new to the franchise. Nevertheless, the title is fascinatingly refreshing considering it's a standalone title. That means you don't have to play the previous installments to fully understand the main storyline. Anyway, as players try to explore the journey Square Enix gave them, they'll encounter a bunch of question. For instance, how does one access the Vault Doors? Or is there an easy way to beat the Pitioss Ruins dungeon? Well, this guide will certainly help you out.

How To Open The Vault Doors

In the game, players will discover a total of 8 massive doors all located in the dungeons. In order to know what they offer, they must be unlocked. The first thing to do is complete the entire game. After which, you must return to the old versions of Lucis. You need to ensure, though, that the four dungeons (optional) are cleared. These are namely, Balouve Mines, Crestholm Channels, Daurel Caverns and Castlemark Tower.

Once it's done, you have to go to the Hunter HQ, which is north of the map in Final Fantasy 15. There, you have to speak to Ezma, who'll give you a key that you can utilize to unlock all the vault doors. Remember that your quest log will tend to fill up everything with various new trials (which are all located inside the multiple dungeons). The road, however, won't be that easy. There you'll be battling high level enemies while your minimap will be disabled, giving you a hard time to navigate.

Sooner or later, you should be able to locate a camping spot where you can restore your health. At this time, you can auto save your progress. Remember that doing so isn't possible while you're inside a dungeon. But as long as you keep exploring the many dungeons and/or caverns, you're likely to acquire the best and rarest weapons or items in the game. If you've completed all of these, return Ezma so as to acquire the Huntress medal. The latter can be sold for a whopping 50,000 sigil. It can also be utilized to craft a spell called Limit Break, which is a special attack that lets you break at least 9,999 HP damage barrier.

How To Complete The Pitioss Ruins Dungeon

Before you can access the Pitioss Ruins Dungeon in Final Fantasy 15, you need to unlock first the Regalia Type-F. Once done, you can go to Lestallum and go straight to the eastern tip of the alley. Be sure to do this at night between 21:00-05:00, though. To commence a quest, just interact a window and head to the outpost located at Ravatogh Volcano. There, you need to speak to a chef so that a marker will be added to your map. This is where you're going to use and fly the Regalia Type-F to the landing strip. After which, you can go straight to the marker so as to complete this quest.

In order to enable the elevator (it'll take you to the Pitioss Ruins Dungeon), you need to wait until nighttime arrives. You'll be facing a good number of puzzles and/or trials, all of which will challenge you. It's worth noting, though, that you won't die here. That's because in every mistake, you'll be returned to the previous checkpoint.

What are your thoughts on this Final Fantasy 15 guide? Any other tips you can share to us? Let us know at the comment section below!

Want to make your Final Fantasy XV experience worthwhile? Check out this now!

Final Fantasy 15 Pre-Order Packages Revealed; PC Version To Get One Too?

Square Enix has finally revealed all the bonuses and/items for pre-ordering Final Fantasy 15. Here they are!

Mobius Final Fantasy is now out for both iOS and Android. What can die-hard fans say about it?

Some players of “Final Fantasy XV” discovered a glitch that can unlock the Armiger God mode. Once this mode is accessed, players can do many things in the game that are not possible before.

Here's how the lead writer of Final Fantasy 15 has taken Kurt Cobain as a main source of inspiration upon creating Noctis.