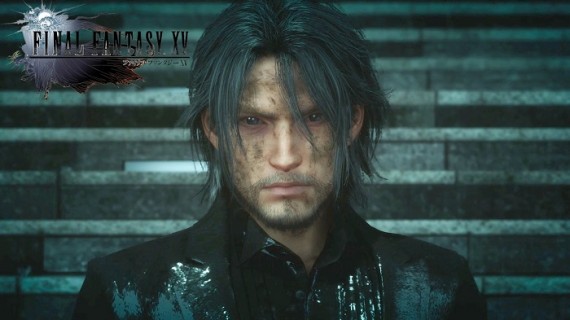 Lots of players are jumping into the Final Fantasy XV hype. The latest title in the critically-acclaimed franchise is a huge success. However, it's unlike any other games in the series. One is the main fact that it's a standalone game. This means that fans won't have to worry about following a certain storyline or opting to play the other installments. But of course, there are still a couple of things they need to know. After all, they want to ensure that their experience is smooth sailing.

Believe it or not, sprinting is actually possible in the game. Nonetheless, there's limitation. This feature is limited by the stamina bar, which players have to check every now and then. In its most organic form, it allows players to run, though doing so slowly drains the stamina. But hey, there's a workaround to refill the bar efficiently when players aren't in combat. In PlayStation 4, this can be done by simply keeping the circle button pressed until the stamina is drained to almost empty. Once a sliver left happens, just release the said button and wait a moment before pressing again.

Running Away Is Ideal

Yes, you read that right. In Final Fantasy XV, one of the ways to survive being eliminated is to keep those feet running. This is most especially if you're faced with monsters that aren't afraid to kick you. Whenever there's a monster than can surely one-hit you, the smartest move to be done is to simply back out and run.

The Switching Of Active And Wait Combat Style

The Active combat system is pretty much easy to understand. You simply hit the button and the character tends to swing his sword into the monster. When the controller is press left, the character will also move to the same direction. The Wait combat, on the other hand, is more about being a strategy. It basically stops the time, only to be brought back once you decide to move. This way, you'll have enough time to plan your move and/or strategize. So, idea is here to switch between the two, as they are proven to be of beneficial.

To locate the diners in Final Fantasy XV, simply look at the in-game minimap. The ones with a fork-and-knife icons refer to them. As much as possible, make a visit to each of these and make a conversation with the proprietor. Once the Talk option is pressed, marks of interesting nearby points can be seen it the map. Also, these establishments are your best option in acquiring more income. Well, this is because to the Hunts feature. Although these quests don't necessarily equate to XP rewards, you'll still be able to obtain Gil.

Be Sure To Utilize Fast Travel

If there's a surefire way to get from Point A to Point B In the game, it's no other than driving. Not just that, you'll get to listen to the conversations between the four heroic characters. And yes, they're all pretty much interesting.

What are your thoughts on Final Fantasy XV? Are you playing the game already? How was it so far? Kindly let us know at the comment section below!

Pre-ordering "Rise of the Tomb Raider" PS4 comes with a free copy of "Tomb Raider: Defintie Edition." Check out the latest here!

"Final Fantasy XV" will not share the spotlight of E3. Meanwhile, Square Enix is releasing more copies of the game's Ultimate Collector's Edition.

Some "Final Fantasy XV" merchandise now up for pre-order! Know why this game is expected to "wow" fans.