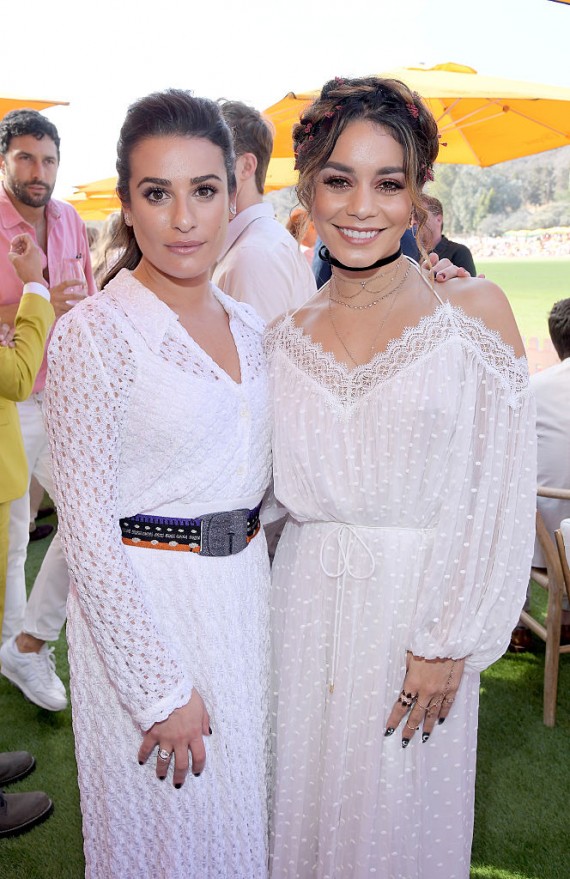 "Pitch Perfect 3" has been the subject of endless rumors prior to its upcoming release, adding hype to the global hit musical film. Now, new reports claim that the third installment of the franchise will sing their way back to the big screen with new additions to the phenomenal Barden Bellas and star-studded cameo appearances. With some old cast leaving and new additions coming in, how will "Pitch Perfect 3" fare compared to its predecessors?

"Pitch Perfect 3" might take it up a notch as the all-female group Barden Bellas will allegedly add two more sensational singers in its roster. Rumors are rife that "High School Musical" sweetheart Vanessa Hudgens and "Glee" pride Leah Michele will be making their way in the film as part of the Barden Bellas.

Hudgens became widely-known for her role as Gabriela Montez in the 2006 Disney hit, "High School Musical." On the other hand, Michele wowed viewers with her portrayal of Rachel Berry in the 2009 comedy-drama series "Glee."

Aside from Hudgens and Michele's alleged addition in "Pitch Perfect 3," rumors claim that the film will also have star-studded cameo appearances. Rumors are rife that Miley Cyrus and Justin Bieber will grace the upcoming film with their respective roles. In fact, both stars already appeared in the list of cast members on the "Pitch Perfect 3" IMDb page. However, no official confirmation has been made yet.

Earlier this year, "Pitch Perfect" lead star Anna Kendrick has been rumored to be out of the third installment. There were reports claiming that the actress, who impressively portrayed the role of Beca, will not return in "Pitch Perfect 3" due to her conflict with co-star Rebel Wilson.

According to reports, Kendrick and Wilson's rift was caused by an alleged scheduling issue. Apparently, Kendrick wants to reschedule the production of "Pitch Perfect 3" due to her jam-packed schedule promoting her new film. Meanwhile, Wilson also has her own project lined up and could not afford to waste time and wants to proceed with the original schedule. However, this might just be another false claim as it was never confirmed or proven.

In fact, it was reported that both Kendrick and Wilson confirmed their return as Beca and Fat Amy in "Pitch Perfect 3." In addition, fans can also expect to see returning cast members including Brittany Show, Hailee Steinfeld, and Anna Camp.

Will the latest installment of the franchise do better with its alleged star-studded cast? Find out the answer when "Pitch Perfect 3" premieres on December 22, 2017.

Looks like the wedding is still off for Miley Cyrus and Liam Hemsworth as the two were reportedly fighting over prenuptial agreement.

Are Miley Cyrus and Liam Hemsworth calling off their wedding for good this time?

"Scream Queens" might soon be canceled as its main star Emma Roberts is reportedly leaving the show to focus on her movie projects. The actress has four films to accomplish this year, making fans believe that she is already moving on from the Fox series.