'Gilmore Girls' Comeback Bested Marvel Series On Netflix; Will There Be More Episodes? 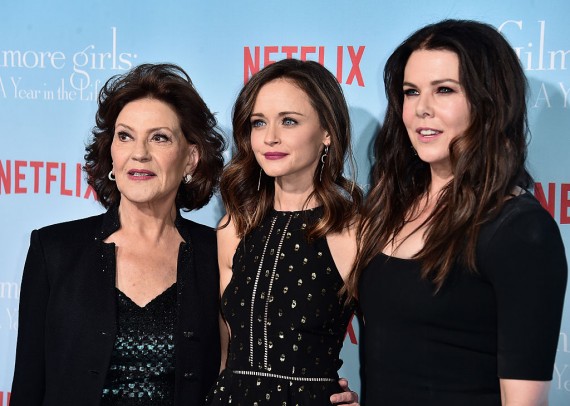 The “Gilmore Girls” television series ended years ago after running for sweet seven seasons. Then by October 2015, it was reported that Netflix was working on a plan to revive the series after entering into a deal with Warner Bros. The agreement though was effective only for a limited number of episodes.

Come January 2016, Netflix and Warner Bros. confirmed the rumors and announced that they were indeed bringing back the beloved series. The revival of “Gilmore Girls” will star Alexis Biedel and Lauren Graham and will reprised their roles as the original Gilmore Girls, Lorelai and Rory. Along with them, a handful of the familiar actors from the original series will also be returning to reprise their respective roles.

The revival series was eventually officially titled “Gilmore Girls: A Year in the Life”. The series which comprised of four episodes premiered on Netflix on Nov. 25. Each episode ran for at least an hour and up to 122 minutes of screen time.

Apparently, there are rumors going around that the mini-series might just be expanded as it has been greatly received as soon as it made its revival debut on Netflix. As a matter of fact, figures say that “Gilmore Girls: A Year in the Life” immediately became a hit after it garnered 4.9 million viewers for all its episodes on the first three days after it premiered on Netflix. With this feat, the series has reportedly beaten the records of certain popular series that are also being streamed on Netflix.

The “A Year in the Life” arc has beaten the records of two popular Marvel television series, namely “Luke Cage” and “Daredevil”. It has been revealed that “Luke Cage” only drew in 3.4 million viewers on its premiere. On the other hand, “Daredevil” was able to attract an audience of 3.2 million on the first fews day after it debuted on Netflix. The recent record of “Gilmore Girls” has made the revival series come close to the record which “Orange Is The New Black” holds with its fourth season earning 5.8 million viewers on its first release.

With “Gilmore Girls: A Year In the Life” proving to be a hit with millions of viewers, Netflix might just reconsider extending it to a full season. The successful reception might also change the minds behind Warner Bros. and possibly make a new agreement with the streaming site. The actors of the series have voiced out before that they are willingly open to reviving the series and to act in it no matter how many episodes or seasons it will have.

The new “Gilmore Girls” mini series picked up from where the “Gilmore Girls” Season 7 pretty much ended, continuing on with the lives of Lorelai, Rory, Luke Danes, and Emily, the oldest Gilmore Girl. The story goes on to showcase the hardships and comical ways of how the Gilmores handle their respective present lives. Though the mini-series ran for four episodes, the story was quite well-rounded and delivered well, making fans want to ask for more. The “Gilmore Girls: A Year In the Life” is currently available for streaming on Netflix.

Netflix has finally announced the release date for "Sense8" Season 2. Find out when and more about a special they're brewing up for fans.

Marvel and Netflix series "Luke Cage" has finally began filming for the second season and new teasers featuring Mike Colter and Rosario Dawson have been released.

'Orange Is The New Black' Season 7 Might Be The Final Season; Cast Hated Series Creator For Killing Poussey

Showrunner Jenji Kohan has shared that the cast were mad when Poussey was killed off the show and revealed that the show might be in for just a couple more seasons.