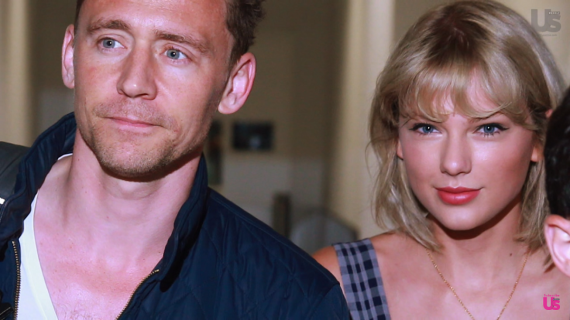 Taylor Swift is allegedly working on the much-awaited breakup song about Tom Hiddleston. And it looks like Tom approves the lyrics. (Photo : Us Weekly/ YouTube)

Taylor Swift is known for her heartfelt songs based on her past relationships. And it looks like Tom Hiddleston might just get his own dose of Swiftie's breakup song soon - with his consent.

Recently, rumors are rife that Swift will add Hiddleston in her list of breakup songs dedicated to her ex-boyfriends. Apparently, Swift is already working on a song about her relationship with Hiddleston and how it actually went down.

The 26-year-old chart topper is notoriously known for writing breakup songs mostly based on her personal experiences. So having one dedicated to Hiddleston is not surprising at all. However, this time around, Swift wants his consent before releasing it to the public.

As reported by Celeb Dirty Laundry, the songstress has been sending the actor drafts and updates him about the progress of the song, something she's never really done a lot before.

"Taylor sends him drafts and loops him in on how the process is going, and nothing will be recorded without Tom's consent. This was their deal right from the start of their fauxmance...It's a contractual situation and the result is to make them look good," the source revealed.

It can be recalled that Swift and Hiddleston's whirlwind romance has been bombarded with accusations of being fabricated from the start. There were claims that Swift's hook-up with Hiddleston will make people quickly forget about her ugly breakup with Calvin Harris. However, there has been no proof to justify these claims.

Swift and Hiddleston first flirted at the 2016 Met Gala in May then shocked everyone with their PDA-packed moment on a beach in Rhode Island in June. After three months, the couple called it quits.

"Tom wanted the relationship to be more public than she was comfortable with," a source told Us Weekly. "Taylor knew the backlash that comes with public displays of affection, but Tom didn't listen to her concerns when she brought them up."

"Tom can't deal with being a laughing stock and has told Taylor he's done unless there's a 360-degree change on her part," a source told Radar Online. "It's become a total charade and Tom is sick of being treated like a glorified escort."

In case a breakup song about Hiddleston comes to fruition, what will the song reveal about their controversial short-lived romance? Will fans relate to Swift's another true-to-life based song? Fans and critics alike will definitely look out for this sure chart topper.

So far, there has been confirmation regarding Taylor Swift's alleged breakup song about Tom Hiddleston. It remains unclear whether or not the songstress will push through with the said song which is expected to be another big hit.

Taylor Swift and Tom Hiddleston whirlwind romance ended as fast as it started. What went wrong?

Taylor Swift and Drake are allegedly dating. Is there any truth to that? Get the details below.

Will Jack Frost make an appearance as Elsa's love interest in "Frozen 2?"

Harry Styles Talks About How It Was Dating Taylor Swift; Reveals Real Meaning Behind His Debut Single

One Direction member, Harry Styles opens up about his brief romance with Taylor Swift and explains what his debut single is all about.

The Samsung Galaxy S21 is one of the South Korean tech giant’s upcoming top-tier smartphones. It’s rumored to run on a new Exynos chipset once it becomes available in the market.

The Samsung Galaxy S21 is one of the South Korean tech giant’s upcoming top-tier smartphones. It’s rumored to run on a new Exynos chipset once it becomes available in the market.