Ghost Recon Wildlands Update: Things You Might Have Missed From The Latest Trailer 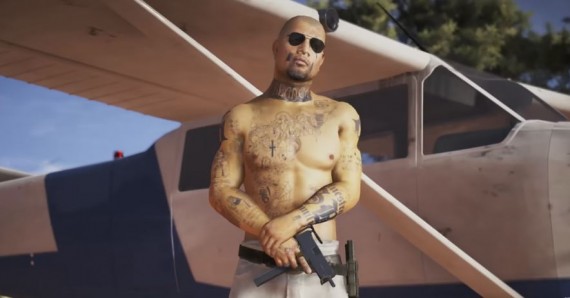 Ghost Recon Wildlands also jumps into the clue bandwagon and dropped them all across the open-world game. (Photo : YouTube / Ubisoft US)

Ubisoft just released a brand-spanking new trailer for their upcoming game Ghost Recon Wildlands. The video shows off combat, destruction, traversal and a whole lot more. Skeptics are welcome to view the video below this article for confirmation.

A handful of missions can be noticed from the trailer so players, beware, this may take up a lot of your time. By the end of the trailer, there is a scene with four Ghosts standing, this is also the point where you would notice the missions of the game listed.

Players can tackle different mission types including: convoy interception, rebel prisoner interrogation, steal the war chest, free the pro-rebel civilians, eliminate the drill instructors, take over Santa Blanca, and many more. You can check out the video at 2:08 to see for yourself.

Game characters can also carry with them some items, up to six in total, or at least that's what the trailer says. The icons in the footage indicate, frag grenades, C4 charges, something that looks like a roll of sleeping bag, flash bang, and smoke grenade. These items are expected to be included in the inventory for Ghost Recon Wildlands.

Ghost Recon Wildlands: The Enemies and How They Work

On one of the frames, four arms of operations are featured for El Sueño. They are: smuggling, production, security, and influence. From the looks of it players need to take down these arms of operations in order to create some reputation that would take 'The Dream' behind bars. Carl Bookhart, is the main man when it comes to the production arms of El Sueño's operation. It is speculated that he'll be on one of the first missions for Ghost Recon Wildlands. He looks to be a low man on the totem pole, so perhaps he'll be an earlier mission in Wildlands.

There are also four sub-bosses serving El Sueño. They are El Cardenal (The Cardinal), El Muro (The Wall), El Yayo (The Grandad), and Nidia Flores. Another potential big target is a man named Antonio. And there are these guys: La Santera (caretaker of a sanctuary) and El Gato (The Cat).

Drones cam be upgraded in Ghost Recon Wildlands. If you check out 1:25 on the video below this article, it is implied that at least 3 features of the drone can be modified. Stuff like battery usage, cooldowns, and night vision can be upgraded.

On top of that, weapons can also be upgraded and customized. Hip fire, stability, ammo capacity are among a handful of upgrade concepts for Ghost Recon Wildlands. Of course, there would be weapon attachments too.

Ghost Recon Wildlands will offer a whole new level of experience to players. The game will be releasing a beta soon and eager fans can sign up here. The game is set to roll out on March 7 for Xbox One, PS4, PC. Share with us your thoughts and insights via the comments section below.

The Last Of Us Part 2 Rumor: Joel Is Dead In The Sequel's Timeline; Story of Revenge?

The Last of Us Part 2 trailer during the PSX 2016 led to fans speculating of Joel's demise and the main plot would focus on revenge. Find out why.

The Last Of Us Part 2 News: Bruce Straley Will Not Return To Direct; Troy Baker Speaks Up Having Second Thoughts Auditioning For Joel Role

The Last of Us 2 reveal was indeed huge! However, the director for the original game won't return, will it affect the upcoming game? Troy Baker admitted he almost walked out of the audition for the role of Joel.

Ghost Recon Wildlands will be receiving its very first expansion soon, as Ubisoft announces the official release date of the new game content.

Ghost Recon Wildlands Second Game Update: What Does It Bring?

Recently, Ubisoft reveals an impressive feat reached by their upcoming tactical shooter Ghost Recon Wildlands. It is said that the game currently holds Ubisoft's most beta participants during the beta stage.