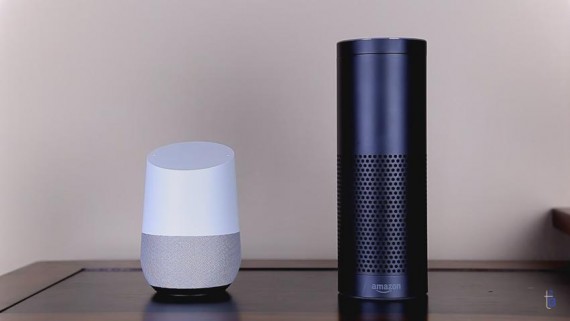 The battle between virtual assistants and artificial intelligence is a stiff one, which is arguably being led by Amazon and Google. By placing Alexa and Google Assistant in a smartspeaker, both companies have made the tech more accessible and more efficient. (Photo : The Tech Bros/YouTube)

When the Amazon Echo was first introduced more than two years ago, it redefined what a virtual assistant could offer to an individual. For once, artificial intelligence could be used for more than simple phone functions and was easily accessible throughout the home. But when Google Home was announced, Alexa found competition in Google Assistant.

Alexa is definitely the veteran in this platform, as it has served multitudes of users for years. It has been tried and tested several times and has proven a worthwhile addition to any home. The Amazon Echo has been responding to voice commands, playing music and controlling smart homes for a while now. Meanwhile, Google Assistant is new to the industry, but is definitely promising.

The publication goes on to state that both smart speakers are great at picking up voice commands, even from a moderate distance. But what the Google Home has over the Amazon Echo in this department is that it is capable of virtually connecting with any other Google Cast speaker or Chromecast Audio streamer. Furthermore, it can control television sets that have a Chromecast video streaming.

The Amazon Echo Dot, on the other hand, can be physically plugged into a standalone stereo. Alexa is also capable of connecting to Fire TV, users need to manually press a button before the connection is made. The feature, in other words, is definitely not hands free.

Alexa, with its years in the industry, has acquired upwards of 3000 skills and is compatible with so many more third-party servicers than Google Assistant. However, Google Home is more flexible and commands can be personalized to suit the user's needs and wants. A desk lamp, for example, will need to be called as such for Alexa to respond and control it. But with Google Home, the "desk lamp" can be altered to pretty much anything.

The best thing about Google Home is that it can learn about the user through various other Google services, such as Google Calendar, Google Maps and Google Keep. Furthermore, Google Assistant is more conversational than Alexa is. For example, a request can be followed up by a question to clarify and truly deliver what is necessary. But as the publication reports, the difference is not that staggering.

Nevertheless, the search engine giant has big plans for Google Home in 2017 that just might push it to the top. According to The Verge, the company is working with several third party developers and multiple actions will roll out to the smart speaker by early next year. The partnerships will begin in the next few months and the corresponding conversation actions are expected to follow soon after.

The only trouble with this is that conversation will not always be kept at the same standard. One the control for a certain application is stated, users will be talking to the developer's bot instead of Google's. Creating a conversational bot is not an easy task, and the company has suggested that developers look into the services of API.AI, which might simplify the process.

By learning over a hundred new skills, the Amazon Echo is not letting any newcomers overtake its long reign as the go-to smart speaker in the market.