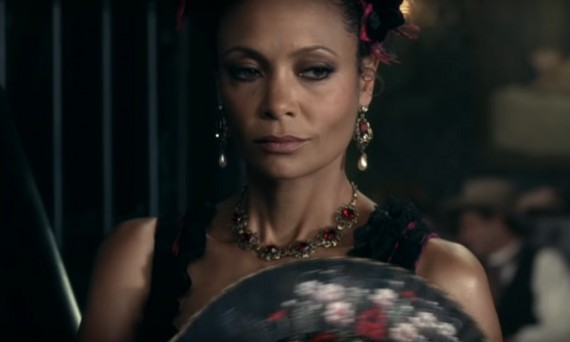 “Westworld” barely just ended in a week and fans still can’t stop talking about it as they still can’t seem to get enough of it. The production team led by the creators of the show have sat down to talk about the first season as well as what to expect in the next season. Aside from that, they have brought up how “Game of Thrones” sort of helped their television series succeed.

The creators of the “Westworld” television adaptation, Jonathan Nolan and Lisa Joy have recently talked about the series and where it was possibly heading into. They also addressed the various theories about the series’ plot that fans have cleverly speculated and roaming around the internet. Along with that, they addressed the notion that the success of the new HBO series is being compared to the other HBO show, “Game of Thrones”.

Nolan has shared that if it was not for “Game of Thrones”, they would have not committed to partnering with HBO for the series. It was through that series that they knew they could trust HBO to deliver “Westworld” flawlessly as they had with “Game of Thrones”. Both series aired trivial racy and violent scenes to give justice to the story and only the said network would dare to allow them. "Game of the Thrones" was the deciding point that helped the creators to finally push through with the western sci-fi series.

Aside from that, the budget that was given to them has let them expand and put the immersive world of “Westworld” more into perspective, fit for television viewing. Nolan has confessed that the series is the most expensive show that has been made on television for the past few years as the budget for each episode ranged from $8 million to $10 million. The first season of “Game of Thrones” started out with an estimated total of $60 million and the budget soared until it reached more than $100 million for the latest season, which was aired from April to June 2016.

With HBO gaining experience with the success of “Game of Thrones”, it already knew the extent of the production “Westworld” needed in order do great in viewership ratings as well. Nolan further admitted that the production was similar to the making of “Game of Thrones”, in technical terms. The writers of “Westworld” have been doing on-the-spot writing for each episode making room for major changes and now they are planning that the second season will be more like “Game of Thrones” wherein the drafts are prepared and scenes for all episodes are simultaneously shot all over the world with directors and writers going from one studio to another.

“Westworld” Season 1 just ended on Dec. 4 after ending its 10th and final episode titled, “The Bicameral Mind”. With a stellar cast led by Anthony Hopkins, “Westworld” Season 2 is planned to release in 2018. Meanwhile, “Game of Thrones” Season 7 is getting ready to release next year, most likely in April 2017.

Alfie Allen dishes out on what more to expect in the upcoming "Game of Thrones" Season 7. Rumor also has it that there might just be new original characters with the series offering new roles to sought-after celebrities.

"Westworld" may have ended but it still creating waves after it left off with a mind-blowing finale. The series has been recognized for making new records on HBO television history.

‘Westworld’ Season 1: Finale Will Blow Your Mind; Series Is The New ‘Game Of Thrones’?

HBO new series "Westworld" is getting rave reviews as Evan Rachel Wood teases fans about the season finale. Meanwhile, "Westworld"" is being compared to "Game of Thrones". Check out the details here!