Lenovo Moto Z Vs OnePlus 3T Vs LG G5: Which Asian Smartphone Has The Best Camera In 2016? 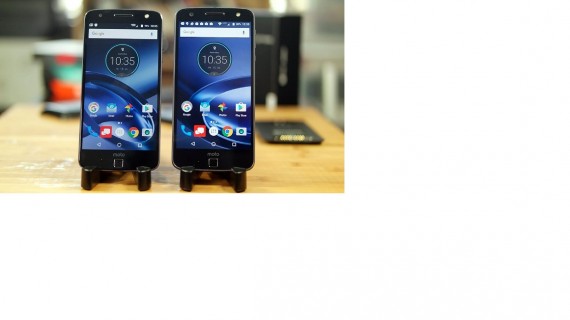 Motorola has been making a lot of noise about their new Moto Mod system for accessories. While that's certainly interesting, how do the Moto Z and Moto Z Force perform as phones? Here's the full scoop on the newest flagships from Lenovo and Motorola!<br /> (Photo : Pocketnow/YouTube)

One of the best features that a smartphone can have is its camera, given the fact that taking shots is one of the most common actions that customers do with their mobile devices. This year, there has been many incredible smartphones in the market, but there has been only a few that exceeded expectations in this important feature. Since Asian phones are probably the most important reference in wearing the best camera, here are the 2016 most incredible Asian mobile devices to take photos.

Lenovo Moto Z: The Best Camera For The Fussiest Customer

Taking a picture from a far distance is always a little bit uncomfortable, given the fact that the camera needs to have the proper zoom so we can use it in the best way possible and take the shot very precisely. It is unpleasant, even if we actually manage to take an incredible photo, it is unpleasant because it is something difficult that requires specific specs in the device and sometimes specific technique from the person controlling the camera.

Believe it or not, this is not gonna be a problem if you´re using the Lenovo´s Moto Z since this is a smartphone that is equipped with one of the best cameras in the phone market. It can easily capture images from long distances. This device offers an amazing 10x zoom capabilities, that literally makes close-up regular as something unnatural when compared it to how this smartphone take this kind of pictures.

The camera is a 13 MP (1.12um pixels) one with a f/18 aperture, zero shutter lag, laser autofocus and optical image stabilization (OIS). Many believe that this is probably the best camera that could find in any Android released this year, given the fact that it is capable of taking pictures in auto and manual or "Professional" mode in a very efficient way.

One Plus 3T: A Flagship Killer With An Outstanding Camera

Its original version has been considered one of the best smartphones that were released this, given the fact that it offered almost the same as any mobile device released by the most important tech companies, in a much more affordable price. This is why this phone was considered a flagship killer since many people preferred to buy this instead of an Apple or Samsung´s mobile device.

Without any kind of doubt, once of its best features is the camera, and this new version actually excels. We´re talking about a Sony-made 16MP rear camera that has been considered a solid flagship snapper, and it takes pictures through a very clean interface that gives you full control over HQ (hg quality) and HDR (high dynamic range) modes. While HQ allows you to capture way more details, HDR actually helps to brighten dark areas in the pictures.

The most particular aspect of the OnePlus 3T camera is the fact that the images can look darker -especially in low light environments- when it is compared to those from the competition, which obviously could be seen as a flaw. However, it was explained that the camera was engineered this way in order to give a truer result compared to what the user´s eyes see, instead of brightening up dark areas artificially.

This has been defined as a good value flagship, thanks to a number of specs and features that makes this mobile device into one of the best smartphones that have been released this year, to the point in which it has a rough competition against the ones who many believed that are the most powerful flagships.

The most characteristic detail about LG phones is that the company always try to equip its smartphones with the newest technology, which even when some people believe is a risky move, there are others who see it as the way in which LG bets in its products. And of course, there are moments in which this journey to excellence achieves its goal in a feature that captivates everyone.

In the case of the LG G5, that feature is its camera, since we´re talking about a 16MP and a wide-angle 8MP camera that this phone has, and it allows you to change between the thanks to the camera app, which makes this operation something extremely easy. In addition to this option, one of the most incredible details about this camera is that it could see more than the human eye at a dramatic 135 degrees, and its field of view is capable of capture every single thing you see.

The only two issues about this camera are that the quality of the 16MP is way more explicit in comparison with the 8MP -which actually could a little washed out in each shot you make- and the fact that the camera doesn't have a selfie lens that could offer the same expanded field of view. Nevertheless, many believe that this is the best camera that you can find in any Asian smartphone, and there are reasons to believe it.

The Most Amazing Innovations That Apple Copied From Other Tech Companies

Although there has been a lot of controversy around the Microsoft-Apple´s rivalry, the Cupertino company have been characterized for releasing incredible products, and copying many others from some tech companies.

Memorialize all your wonderful moments into wonderful photographs with these amazing smart wifi digital photo frames you can find on Amazon.

A dashcam could really come in handy if you are not yet an experienced driver. Check out these dashcams to give you a competitive advantage.