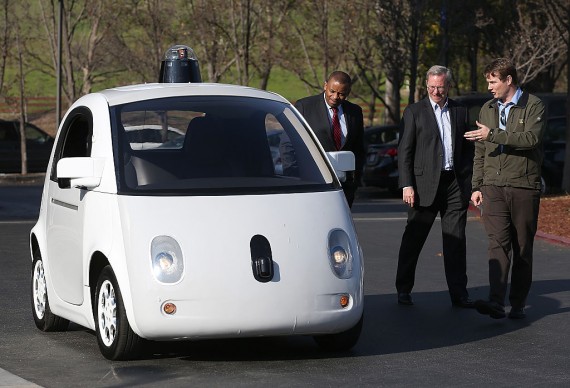 Arguably, the first company that pops into most people's heads when the term "autonomous cars" is heard, is Tesla. But since the company has begun operations, other tech parties - including Google and Apple - have thrown their names into the mix. Nevertheless, recent reports indicate that the search engine giant is dropping that dream and focusing on software instead.

As The Verge shares, the past year has only shown how dependent car manufacturers and tech companies are with each other. This idea somewhat negates initial thinking that Google would produce its very own self-driving car - and it is not for lack of trying. But with the competitive auto industry booming and making quick innovations, it is probably better for the company to save on loss and partner up with automakers instead of competing with them.

Google's next plan of action relies on a separate self-driving company called Waymo, which was announced just earlier this week. According to CEO John Krafcik, Waymo will not build autonomous vehicles, but will instead drive into ride-sharing. Currently, the new company is working on converting Chrysler Pacifica units into self-driving cars, as part of its partnership with the FCA.

This move washes Google's hands from the manufacturing mindset. So instead of building one from scratch, the tech company - through Waymo - is simply improving on existing vehicles. As the publication puts it, the only viable way that self-driving cars will become a reality is to work on a present vehicle and improve it. This is so because the tedious process of actually building a car is a great obstacle to overcome.

"It's the way to go," Jessica Caldwell, senior analyst at Edmunds.com, said. "Each can focus on its core business and advantages. For companies like Tesla, production has always been an issue. If the tech companies like Google and Uber and Lyft develop the platforms, they can have car companies supply the car. But also from an intellectual property standpoint, they are stretching themselves too thin and not developing the best-integrated solutions. This makes more sense."

Upon first look, this move from Google seems like a waste of time, like the company is throwing away years and hours of research and development. But as Inc.Com reports, it is actually a very smart move. One that is likely to solidify the unsteady foothold that the tech company has in an emerging market.

As proof, the publication makes an example out of Google smartphones. Initially, the company had Android - a piece of software - that was installed into various other handhelds that were manufactured by separate players, each with its own following and technology. But then the Nexus phones entered the market, which were halfway Google and halfway another manufacturer.

Then, in 2016, Google announced the Pixel and Pixel XL, which are two of the newest and highly regarded devices in the smartphone industry. Arguably, the company would not have been able to do so without taking a profitable backseat to other companies. This allowed it to learn what worked and what did not, before releasing a stellar device.

Jeff Kagan, a tech industry analyst explained it best. "The fact that Google is spinning the project off into another company means some of the technology is ready for the next step, but it knows it doesn't have all the pieces yet," he said. "Google is not a car company. It's not that they can't do it, but they're thinking that in order to be successful in the car space right now, they're going to have to partner with real carmakers that are also interested in the self-driving revolution."

Here And Mobileye To Make Self-Driving Tech For Automakers

Here and Mobileye will tie-up and consolidate to build a self0driving car for automakers. The idea is to package Here's HD Live mapping software with MobilEye's hardware.

General Motors Chief Executive Mary Barra said on Thursday that they will expand testing of self-driving vehicles to Michigan and will build its next generation of self-driving cars in the Chevrolet Bolt electric car.

Motorrad Vision Next 100: Could This Motorbike Save Your Life?

The transition of BMW's motorbikes can be the ride of the future.