Why The PlayStation 4 Is The Best Console: Sony Continues To Make Improvements 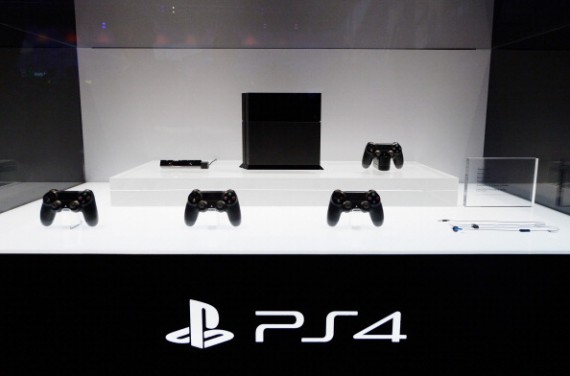 The PlayStation 4 was first released in 2013, more than three years ago. Despite this, it is still one of the best consoles that are currently available and it continues to get better as the years pass. (Photo : Kevork Djansezian/Getty Images)

In 2013, Sony Computer Entertainment officially released the PlayStation 4 to various markets. Since then, it has received major success in all parts of the world and to this day continues to tough it up with the most modern of consoles - its next-gen PlayStation 4 Pro included. And while it was and still is a monster of a machine, one main reason that it has stood the test of time is that Sony continues to add features and improve existing technology.

The original retail price of the PS4 was US$400, but the console can get pretty cheap when sales are involved. Furthermore, the unit is a relatively old console, which means that the price of the same fluctuates from time to time. Nevertheless, the a purchase of the same is almost always a good investment.

According to the official website, the PlayStation 4 has a single-chip custom processor and an 8-core x86-64 AMD Jaguar CPU. This is partnered with a 1.84 TFLOPS, AMD Radeon based graphics engine GPU. It also has GDDR5 8GB of memory and comes with built in memory of either 500GB or 1TB. All around, the console measures about 265×39×288 mm. It has two super speed USB ports and one AUX port and can connect to Wifi and Bluetooth. What truly makes it a great device, however, is what it can do.

The power of the PS4 may not exactly be unparalleled, but it is considering its cost. The unit is a powerful console, which is still easily accessible to various third-party developers. But despite this, the device is still compact and hardly noticeable in a standard entertainment setup. It does not require various wires or the strongest sources of input or output as the PlayStation 4 can hold out on its own.

Another thing that makes it such a great device is the user interface. Granted, with enough time, any UI can be accommodated eventually. But that time becomes nothing with the PS4, as its UI is simple and clean and straight to the point. More importantly, however, is the efficiency and speed that it provides players.

PlayStation Now is also a notable feature that makes the PS4 so great. There was a time when Xbox Live trumped Sony's bet in this, but the company has since made some very important and necessary changes. Social features such as the party chat have received a makeover and there are always great deals to be offered as well.

Furthermore, Sony continues to make improvements on the PlayStation 4 in terms of compatible accessories. This includes the PlayStation VR and the newly announced Platinum Wireless Headset. According to Engadget, the new headset is target for use by PS4, PSVR and even mobile users.

The Platinum Wireless Headset has hidden noise cancelling microphones and even supports 7.1 virtual surround sound. In addition, it also sports 3D audio tech, which is found in the PSVR. This means that the same effect is obtained from the standard console. At this point, no games currently support 3D audio, but Naughty Dog will reportedly release a patch for "Uncharted 4: A Thief's End" to support this.

'Spider-Man: Miles Morales' For The PS5 Was Actually Leaked 9 Months Ago

Spider-Man: Miles Morales was revealed recently during the PS5 reveal event. But did you know that it was leaked more than half a year ago on Reddit?