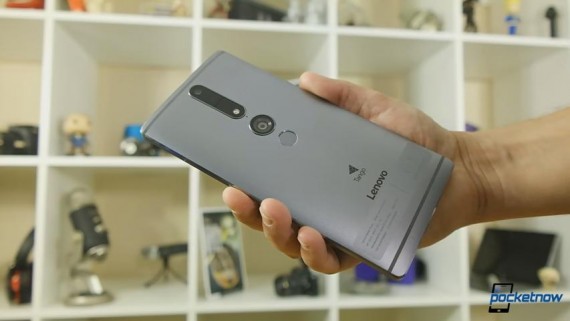 When the Phab 2 Pro was released, Lenovo debuted its first hardware sporting Google’s Tango technology. The tech company is now poised to release more items in this platform and is expecting competitors to soon follow suit. (Photo : PocketNow/YouTube)

Earlier this year, Lenovo release the Phab 2 Pro, which was the company's first foray into Google's Tango technology. The handheld made noise in the industry but arguably did not do much to change the landscape of the market. However, the tech company is eager to keep moving forward and become the leader in this platform.

Google's Project Tango actually made its debut in Motorola's Advanced Technology and Projects group (ATAP). The technology is based on the premise of using 3D to view the user's surroundings. Essentially, it makes the device carrying the technology aware of its position in relation to the other items, without sig GPS or other like external signs.

As Android Headline notes, Lenovo's General Manager of Android and Chrome, Jeff Meredith, admitted that the company expects other smartphone manufacturers to release their own bets next year. That is, other tech companies will release hardware that is installed with Tango. However, Lenovo currently holds the lead because of the Phab 2 Pro and the company is adamant about keeping its position.

By releasing the hardware first, Lenovo has been able to experiment and learn about Tango technology. These past months spent with the technology is sure to prove vital in the imminent battle between smartphone manufacturers. The Phab 2 Pro also provides valuable insight into the market's commentary and opinions.

The Phab 2 Pro, which employs Google's Project Tango, is powered by a Qualcomm Snapdragon 652 chipset. And while it is a midrange processor, Lenovo optimized the same to take advantage of Tango. Arguably, the device can be seen as a prototype that was released into the market -- but even then, it still provides the company with important knowledge.

C|Net previously reported on the Phab 2 Pro and reported that Google had been playing hard to get with its Project Tango until the Phab 2 Pro finally rolled out. Nevertheless, the search engine giant is expecting that more products will be released shortly. But how does the technology work, in its debut in a consumer-grade device?

The device, which sells for about US$499, has relatively good specs that can rival it out with the best of Android smartphones. It also has a 6.4-inch screen that is just right for its phablet category. Furthermore, its glass and metal body both looks and feels to be made of high quality. But the Tango technology itself still leaves much to the imagination.

The technology allows users to play properly fitted games, as the application places virtual items on the screen that are proportional and realistic against the actual world. One particular game that is available requires players to shoot zombies as they appear behind these fictional items - and it works well most of the time.

But as the publication notes, there are definitely some corners to properly iron out. For example, the sensors are quickly confused by reflective surfaces. What results then is that the virtual items do not necessarily roll out as they should or come out as something else entirely.

The goal for Tango, however, is not just to work well in mobile devices. Google Tango executive Johnny Lee admitted that there are more plans for the project. According to him, it will soon become a necessary technology that the general population will soon welcome with open arms.

Oculus, which helped pioneer the virtual reality platform, is innovating the same yet again and turning the VR world into more than just a new way to experience games. Users will soon be able to socialize too.

Motorola ditched the Moto X for 2016 and instead gave us the Moto Z (along with the Moto Z Force and Moto Z Play). "We're likely to to have a Tango module to basically enable the Z to have Tango functionality," president Aymar de Lencquesaing.

Qualcomm has announced an upcoming Project Tango smartphone with a Snapdragon 810 processor and Adreno 430 graphics, made in collaboration with Google.