Google Home Play Catch Up With Amazon Echo: Where It Was And Where It Is 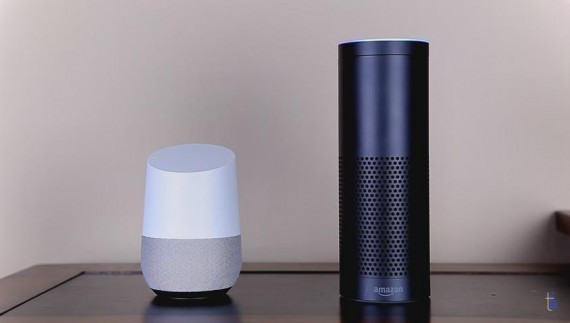 Ever since the Google Home was released, it was endlessly compared to the Amazon Echo. Butt now that it has been in the market for a few weeks, just how far has the amateur gotten? (Photo : The Tech Bros/YouTube)

When Google Home was first released, the tech world finally saw a worthy competitor to the Amazon Echo, which has been in the market for quite a few years. And while reviews of the newer entry were generally positive, it was obvious that Google had some catching up to do. And while it has only been a few weeks since that release, the device has developed some.

At the surface, both the Google Home and the Amazon Echo are the same device. They are both always listening speakers and can follow commands once their corresponding wake words are uttered. Both devices are able to play music, answer questions and have their own common and unique set of third-party developers.

However, the years that Amazon had on Google were evident and the search engine giant was humble enough to admit so. As such, the company promised that it would work quickly to develop and improve on its device. And for the most part, the tech giant has done well in seeing this promise through.

As C|Net notes, Google Home can nw control Belkin WeMo products, as well as WeMo Insight switches, which the publication highly recommend. These items are effective and efficient in turning a home into a smart one. Other partners include SmartThings, Philips Hue, IFTTT (If This Then That) and Nest.

In addition to this, Google also made the announcement that its smartspeaker can control Netflix, as long as the owner also has a Chromecast streamer. Furthermore, users can control Sony speakers and TV's that have Google smarts already built in. These two additions make using Google Home much more effective and complete.

But the Amazon Echo has far more partners that Google Home. The publication notes that this is mostly due to Alexa API, which allows third-party developers to work on their own to make their services compatible with the retail giant's virtual assistant. In this regard, Google seems to again be taking its cue from the veteran player.

Google is apparently expanding the capabilities of its own smart language, called Weave. Theoretically, Weave will allow Google Home to "speak" with more smart home devices. Currently, companies that are adopting this newly developed language include Belkin WeMo, Honeywell, TP-Link LiFX, Wink and First Alert. The list is expected to continue growing.

Despite these improvements, however, Google Home still has a long way to go before it is truly at par with the Amazon Echo. The years of being its monopoly cannot simply be mirrored in the few short weeks that Google's bet has been in the market. There are, fortunately, great things expected at the Consumer Electronic Show (CES) 2017.

Nevertheless, both the Google Home and the Amazon Echo proved to be two of the holiday's hottest items. According to Forbes, Amazon sold 400 percent more units this year than they did last. Meanwhile, usage for both devices experienced a 1500 percentage increase in terms of third-party developer growth.

In terms of specific numbers, the publication notes that more than four million units of the Amazon Echo was sold. Last year, the numbers were upwards of one million. Google Home units are harder to quantify as it cannot have a year-by-year comparison and the company has not yet released official sales numbers. However, the publication estimates that users quadrupled between December 24 and 26.

The Microsoft Surface Phone Will Introduce A New Category Of Handhelds

Microsoft’s Surface line has been successful in innovating and changing up several products in the tech world. According to the company’s CEO, it will do just the same with the release of its Surface Phone.

The NES Classic Edition blew the gaming and tech worlds away during these last few months of the year. The limited stocks of the retro gaming console frustrated gamers around the world, but the device is still ending the year on a positive note.