CES 2017: The Best In Televisions, Cars, Smartphones And Computers 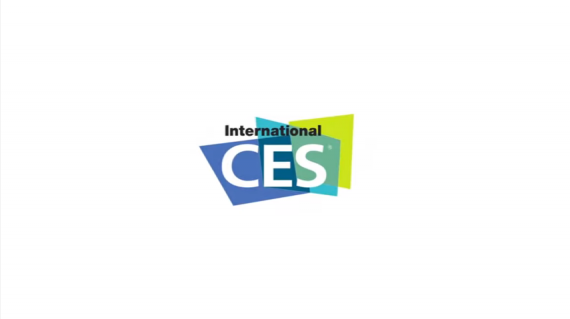 For years now, the Consumer Electronic Show has been the platform for various companies to announce their upcoming products. The 2017 chapter will be no different - except that it will be bigger and better than ever. (Photo : Android Authority/YouTube)

For over four decades, the Consumer Electronics Show has been the place for all players in the tech industry to showcase their new ideas and products. It began in 1967 as a spinoff from the Chicago Music Show and has only grown since. The upcoming event is slated to be the biggest and best one of them yet.

CES 2017 will begin on January 5 and will wrap up on January 8 in Las Vegas. As always, the biggest tech companies will be in attendance to announce several new products in television, smartphones, cars, computers and other smart home gadgets. Over 100,000 people are expected to be in attendance, including retail buyers, reporters, and tech analysts.

As Fortune notes, television, in particular, will play a big role at the CES 2017, much as it always has. The publication goes on to say that the public can expect a trickle of new television sets that use organic light-emitting diode (OLED) screens. This will allow for thinner screens and better overall picture quality. Furthermore, various screens are expected to showcase 4K resolution.

TechRadar pushes it even further and claims that it is possible that several players will introduce higher than 4K resolutions. And while the price tag is bound to be unrealistic for the average consumer, it will prove what television sets are capable of - and that is exciting in itself. Furthermore, the publication points out that drastic innovations, such as bending or rolling TVs, are possible as well.

LG is going to display five new smartphones in the show as well, though CES 2017 - or any other that came before it - is generally not known for unveiling handhelds. This, however, does not mean that the new devices are undeserving of a look-over. LG is expected to release four mid-range K Series devices, the K10, K8, K4, and K3.

The K10 is the standout product, while the K8, K4, and K3 are all photography-focused. All devices are expected to run straight out of the box with Android 7.0 Nougat. The Stylus 3 is also expected to have a place at CES 2017. However, specific details are not expected to be released until the actual event.

Electric car maker Faraday Future is expected to make a comeback at CES 2017 by following up on its first production car. In the press release shared by the publication, the company said that the vehicle "will be a premium electric vehicle that combines extreme technology, industry leading range, and holistic design." Faraday will be joined by the likes of Mercedes-Benz, Ford, Volvo, Chevrolet, Volkswagen and Kia.

One company that will not hold a place at CES 2017 is Apple. The Cupertino giant has never been part of the event, as it has opted to host it's very own instead. Nevertheless, other big names are scheduled to be there and some smaller companies are also expected to make splashes.

Microsoft released the Surface Studio earlier this year and virtually changed what a desktop is capable of. Meanwhile, Apple’s iMac is still considered one of the most innovative desktops in the market.

2016, which was a great year for tech in general, is coming to a close. However, 2017 is looking even brighter, especially with the tablets that are expected to arrive in the market.

Considering that millennials are believed to be self-aware and even self-centered, Chrysler has revealed a concept car at the Consumer Electronics Show (CES) 2017 dedicated to them. Chrysler says it studied the wants and habits of millennials over a 20-year period before coming up with the Chrysler Portal, a car brand that potentially has all millennials want in a car. And to be clear, millennials are people born into the existence of the internet – having been born between late 1980s and early 2000s.