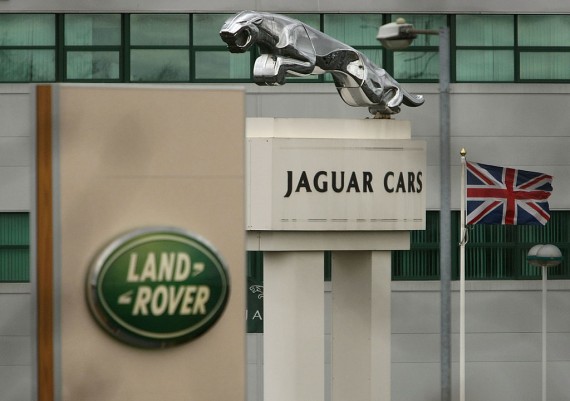 HALEWOOD, UNITED KINGDOM - MARCH 26: The Halewood operations site of Jaguar and Land Rover near Liverpool in Merseyside, England on March 26, 2008. Parent owner Ford is due to announce today that it is selling off the two luxury brands to Indian car manufacturer Tata Motors in a deal speculated to be worth in the region of GBP 1 billion. (Photo : Photo by Christopher Furlong/Getty Images)

Several incidents of vehicle rollaway are putting Jaguar in the spotlight and hot seat. 2012 to 2014 models of the Land Rover allegedly rolled off even when the shift selector is on the P or the parked position. Several injuries have been reported, including one that was pinned against a garage wall.

Land Rover owners are saying that the Land Rover's rotary style shift selector knob is at fault. The involved individuals all claimed to have put the selector know in the correct position before stepping out of their vehicles. However, all the drivers also failed to engage the emergency or park brake.

Jaguar Claims Nothing Wrong With Their Vehicles Transmission And Design

The National Highway Traffic Safety Administration, however, is still putting two Jaguar Land Rover models into investigation even after denial of the claims by the company. They would be investigating 2012 to 2014 models of the Land Rover Range Rover Evoque and the 2013 Jaguar XF. Other vehicle brands and manufacturers have also been under fire for having rotary gearshift selector knob ever since complaints of the Jaguar vehicle came out.

An estimated 39,000 Jaguar Land Rover vehicles may be affected due to the incident. The National Highway Traffic Safety Administration opened a primary evaluation of the vehicles on December 16, 2016. Out of the seven incidents, four of those still had the driver's door open.

One Fatality Due To The Rotary Selector Knob, Allegedly

Jaguar Land Rover already received seven complaints of vehicle roll away. One incident had the driver pinned against his garage wall after the vehicle rolled into him after stepping out of the vehicle. In total, the National Highway Traffic Safety Administration has already received 25 crash reports and nine injuries for Fiat Chrysler vehicles. 27-year-old Star Trek actor, Anton Yelchin, also lost his life in June after he allegedly engaged the car in the Park position.

Unlike Jaguar Land Rover, Fiat Chrysler was quick to make a course of action as they issued more than one million of its vehicles to be recalled. The announcement to recall the vehicles was done before the initial investigation was done to prevent any further injuries that could have been caused by the rotary design gear selector knob. Drivers and owners are highly advised to take all the necessary precautions whenever stepping out of their vehicles. One should not rely on the automatic transmissions Park gear and should always exercise a fail-safe such as the emergency brake.

Top Scandals That Rocked The Automotive Industry For 2016: A New Years Recap

The 2016 automotive industry suffered decline in its finances as major recall and scandals came out. From diesel emission cheating to airbag failure, let’s see what highlighted the car scene this past year.

Honda takes another step towards safety as they issue another recall of their vehicles. This time, they are recalling their 2017 Honda Ridgeline pickup trucks for a possible faulty wiring harness.

But for automobile industries that have managed to keep their doors open, employees getting coronavirus is one of the risks that car manufacturers face.

UK Might Pay Their Drivers to Switch from Combustion Cars to Electronic Vehicles: Win-Win for Companies Like Tesla?

Come 2035, the UK plans to heavily switch towards the use of electronic vehicles. Tesla, Jaguar, and Mini are a few to heavily benefit.This might be quite challenging if there isn't a competent EV market when the time comes.