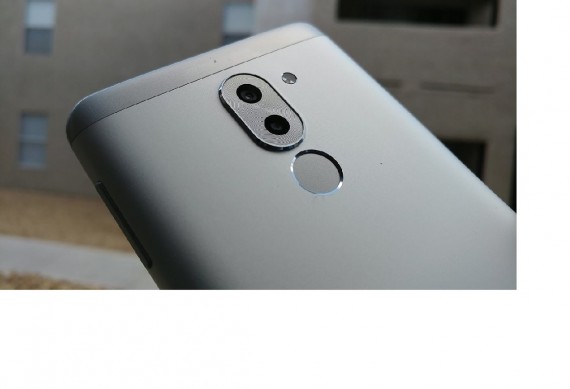 Huawei is attacking the entry level smartphone market with a well built phone incorporating the dual camera system found on some of the company's more expensive options. Here's our first look at this little budget buster. <br /> (Photo : Pocketnow/YouTube)

The incredible Honor 6X has just been unveiled by Huawei, and it promises to be one of the most amazing mobile devices this year, considering that it wears spectaculars specs and features in addition to an affordable price that turns this phone into a must-have. In case you want to know more about this outstanding smartphone, here´s the complete review.

Up front, the Honor 6X is a marvelous mobile device that wears a 5.5-inch LCD display with a 1080p resolution so you can roll with style, and watch everything in the brightest and clearest way possible. Also, this smartphone has the 3.5mm headphone jack at the top right of the handset, which gives the opportunity of listening to music in one of the most comfortable ways users can find.

Another interesting detail about the Honor 6X is the fact that the power button is on the right-hand side, which makes it easier to reach with your thumb, while the volume rocker is located just above it, and of course, is pretty easy to tap. A great detail about the design of this mobile device is that its fingerprint sensor is on the back, while the dual camera is located just above that.

Believe it or not, the Honor 6X is a mobile device that feels as a premium one, even when it´s practically a budget phone since the company managed to include a metal unibody that makes it something out of this world. In fact, you can get this smartphone in grey, gold or even a silver version so it looks even more fantastic.

The Honor 6X wears the HiSilicon Kirin 655 on a chip, and it comes with 3GB of RAM, that makes this mobile device into something unique for a budget phone, giving the fact that most of these products are not equipped with such spectaculars specs and features. In addition to these goodies, the Honor 6X also have a 32 GB of storage, offering 21 GB after the software is included.

You won´t believe it, but this software is the Emotion UI 4.1, which is built on top of the Android 6 Marshmallow. However, one of the biggest disappointment about this outstanding mobile device is that it wasn't launched with the Android 7 Nougat, considering that this has been out for a while.

What´s probably the most incredible thing about the Honor 6X is its camera, not only because there´s practically not a single budget phone that wears a dual-lens, but also because of the fact that it offers one of the coolest features of the iPhone 7 and iPhone 7 Plus, which could make this Huawei mobile device into the worst nightmare for these Apple phones, considering that the price difference is almost offensive.

The main sensor of the camera is 12-megapixels while the secondary 2-megapixels sensor allows ou to play around with the aperture, so you can create an incredibly looking depth of a field effect that only the most incredible smartphones offers. Also, you can actually switch the aperture from f/0.95 to f/16, and the camera benefits from Phase Detection autofocus and the usual vast array of camera modes. In fact, you can take the best selfies ever, since there´s a wide-angle 8-megapixel sensor on the front, which offers a nifty self-adaptive skin detection.

The only bad detail about the camera might exist if you´re one of those people that love to record with the highest resolution, since the rear camera only can either record in 720p or Full HD, being impossible to do it in 2K or 4K. If you´re not one of these, then the Honor 6x will be a dream come true.

This mean that the Honor 6X would last a whole day even if you pushed it hard, which makes it one of the most incredible mobile that we will see this year since combining this detail with the super-affordable price - $250- would blow everyone´s mind. Naturally, if you´re not into gaming or spending hours watching videos, the Honor 6x will last a day and a half or even two days.

The Most Outstanding Tricks You Can Do With Apple Airpods

Along with the Touch Bar, Apple Airpods is the most controversial innovation made by the Cupertino company this year, considering that it represent a radical change of a device that customers were already used to.

The Most Groundbreaking Products That Apple Will Release This Year

Even when the iPhone 7 achieved a huge amount of sales, the mobile device was considered as a huge deception, since it didn't help Apple to capitalize the Galaxy Note 7 fiasco.

Although it´s not known what is going to happen with this situation, many believe that Google Pixel phones will lose its reputation because of this incident, and the way in which it copied Apple´s iPhones.

A dashcam could really come in handy if you are not yet an experienced driver. Check out these dashcams to give you a competitive advantage.