Five Of The Most Interesting Products Showed Off At 2017 CES 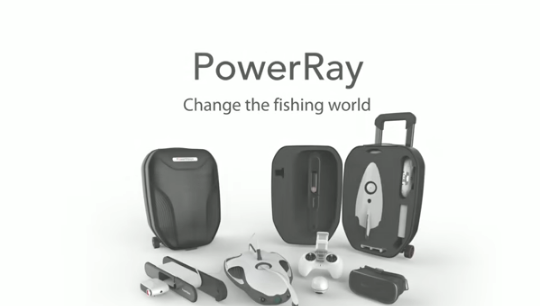 CES 2017 has seen some of the coolest devices ever showcased. (Photo : PowerVision Robot / YouTube)

CES 2017 has shown off quite a lot of high-tech products. While there have been tons of great things that were introduced in the event, there are those that got more attention than the others. Here are five of the coolest products showcased at this year's CES.

The PowerRay is one unique drone. In fact, it's probably one of the most industry-specific drones introduced to the market. What the PowerRay does is that it helps people in their fishing trips. Apparently, this drone is waterproof and it can swim up to 30 meters deep.

The great thing about the PowerRay is that it is smart, sturdy and has amazing imagery. It helps people lure fish to the drone and it also alerts its users when there's fish detected nearby. Not only that, this drone can also capture in 4K and to make things even more futuristic, you can actually view the live footage of your underwater drone through a VR headset and control the drone by tilting your head.

The PowerEgg drone on the other hand is an egg shaped quadcopter and it looks pretty much like an egg. It weighs around 4.5 lbs. and as per CNN, it just pops out of its casing when it's flight time. It actually looks cool and very high-tech.

LG has already established its name when it comes to televisions and it's no longer a shocker if the company produces a premium and high quality TV for all the world to see. However, it's still hard to hold back from mentioning the company's yet another amazing television product. The Wallpaper TV from LG is super stunning and it pretty much looks like a wallpaper. It is a 4K TV with OLED display and it comes in big sizes of 77 inch and 65 inch.

PicoBrew is for all the beer lovers out there. With this product, it's safe to say that the future is now. With PicoBrew, you can make about five liters of beer within just a few hours. It is also designed to be easily cleaned, which is quite an essential factor for any home brewing device.

Dell's XPS 13 laptop has been one of the favorites of 2016. Now, the company is releasing a 2 in 1 version of the device to cater to those looking for a more portable computer. There are clearly people who hate the idea of carrying both a laptop and a tablet, so a 2 in 1 device really comes in handy.

The good thing about the Dell XPS 13 2 in 1 is that it isn't just a Dell XPS 13 with foldable hinges thrown at it. The company actually thought things through and made the 2 in 1 version a very competitive convertible. It has been made lighter and thinner. Nevertheless, it still has the InfinityEdge display that the series has been known for. Dell is selling this device for a starting price of $999.99. This model comes with 4GB RAM and 128 GB storage.

All Google Chromebooks in 2017 will be supporting the Play Store And Android Apps.

After rumors of the existence of a Nokia 8 circulated from the CES 2017, Qualcomm has issued a statement denying its supposed use of the smartphones in its Snapdragon demo.

The Level Box Slim Speaker And Image Stamp Printer have been overshadowed by Samsung's other current and soon-to-be-released products but they are equally impressive.