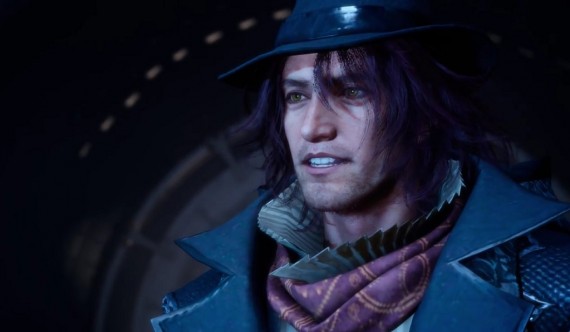 Final Fantasy 15 will have a downloadable content according to Square Enix. (Photo : PosterBoy/YouTube)

Square Enix has just released “Final Fantasy XV” in November 2016 and it has seen great reviews from various critics so far. It is a role-playing video game that had people waiting for ten years and now that it is out, many have spoken and said that the game was definitely worth the wait. But despite the great thing this latest “Final Fantasy” installment has become, there are still some things that people are not happy about.

Nobody is really sure whether or not “Final Fantasy XV” was indeed flawed or the developers intended the said video game that way, but with all due respect, the thirteenth chapter of the game should stay as it is. After just some few days, thousands of avid players have finished the said role-playing video game and they had Chapter 13 stuck in their minds like a small thorn that is hard to pluck out. They have voiced out their frustration on how the said chapter was bad in many ways.

Many have pointed out that Chapter 13: Redemption of “Final Fantasy XV” was the least of their favorite because of its frustratingly challenging gameplay associated with puzzles, limited abilities, and some have even said, an aanticlimacticepisode that did no justice to the game’s story. Because of these unexpected reactions from fans, complaints piled up, and for the first time in any “Final Fantasy” games, Square Enix is actually looking into fixing the said chapter to cater to the fans’ frustrations through upcoming updates. Unfortunately, to those who did not enjoy this particular episode of the game probably failed to see the point of it all.

Chapter 13: Redemption of “Final Fantasy XV” sees Noctis stripped off of all his powers and had no choice but to succumb to the ring of light in order to save his friends and the world. Some further pointed out that the power of the ring was underestimated because of the low level daemons that roamed around the facilities of Gralea. This may seem anticlimactic because it did not have the fancy cut scenes or more depth into it but playing the chapter itself was the climatic point of the ring and it was the part where the power of the chosen king was point into emphasis, regardless of who and how many went against him.

As for the puzzles in the said debated chapter of “Final Fantasy XV”, it was actually a new and imaginative approach that the game needed and what fans did not anticipate to see there at all. There was too much battling, looking out for Royal Tombs, taking on hunting quests, that having to go through solving puzzles to open doors and find Prompto was actually a great experience. Even going stealth trying to evade Magitek guards while trying to get to Ardyn was a great feature. Square Enix actually nailed Chapter 13 in delivering the gruesome true story behind daemons and even putting into light many of the main characters’ origins.

Square Enix need not to change anything in Chapter 13 of “Final Fantasy XV” because despite being annoyingly frustrating with all the obstacles that Noctis had to overcome, it was definitely a fresh experience especially on a role playing video game. The “Final Fantasy” franchise has also tried to give fans what they never expected and this was just part of it. Having to ask the developers to change this major part of the game, which is part of the main story, is like telling the developers to rehash ideas that people have already seen. The point of the chapter is redemption and no matter how ugly it make look to some, Chapter 13 fulfilled its role to convey a crucial part of the story.

Square Enix has announced the upcoming Moogle Chocobo Carnival Event for "Final Fantasy XV" and Prompto might just participate in it. Meanwhile, the game celebrates as it has already sold millions of copies.