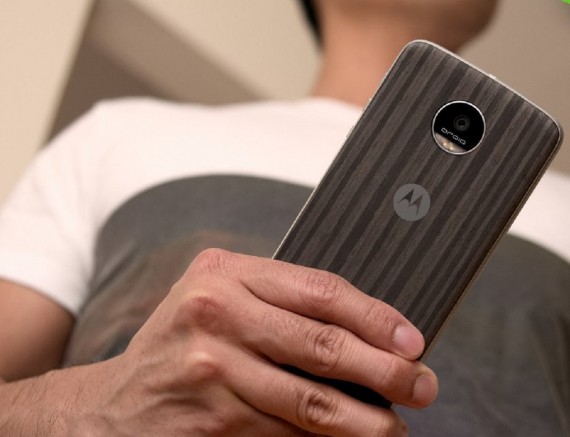 New information suggests that Motorola might release a new Moto Z this year, and believe it or not, it could easily become one of the biggest threats to the most important smartphones this year, and could actually be one of the most spectacular mobile devices.

Motorola And Lenovo Have An Excellent Background

One of the main things a mobile device should have in order to make a huge hit in the market is basically to be part of a brand with a great background, given the fact that this is always the key in competing not only against other important companies but also against those that are the new kids on the block, given the fact that customers love to give a try to something unknown.

Fortunately, this is something that the new Moto Z will count with, given the fact that its brand is one of the most important in the smartphone industry, and even when it won´t match the most important as Apple or Samsung, is great enough to make the customers feel confident in a mobile device that could be one of the greatest this year. Of course, the brands that would suffer this detail would be the Chinese, which is expected to conquer the market in short term.

This is definitely one of the most important details that would make the new Moto Z a huge threat to this year´s most popular smartphones, given the fact that one of the main basics in the market is to know how to take advantage of your competitors mistakes, which tends to be so important that this was one of the reasons why the iPhone achieve achieved success last year.

The new Moto Z has the proper scenario to make a huge in the market because the most important smartphone maker might have a tough year. On one hand, the Apple is facing the risk of failing with the upcoming iPhone 8, given the fact that the customers´ expectations are so extremely high that it would be quite difficult to meet it.

On the other hand, Samsung is suffering a huge setback with the release of the highly-anticipated Galaxy S8, given the fact that the South Korean company just announced why the Galaxy Note 7 caught fire, and is making the proper security measures to avoid this to happen with this flagship. Naturally, this might harm Samsung´s popularity, and the new Moto Z might be a great option or those who wants to buy a new and extraordinary smartphone.

The New Moto Z Would Be Powered By The Greatest Processors

Although there hasn't been any confirmation about its specs and features, the new Moto Z might sport the latest Android 7.1.1 Nougat, which clearly shows its intentions of competing with the major players this year. Also, another outstanding detail that has been spotted bout this mobile devices, is that it would be powered with the new Qualcomm Snapdragon 835 chipset, which is something extraordinary considering that the greatest smartphones in 2017 will use this processor.

Waiting for some other specs and features to be confirmed, the new Moto Z might be one of the low-profile mobile devices that could easily become the worst nightmare for the most expected. Nevertheless, we just have to keep waiting and see when it would be released, and how much it would cost.

This new ZTE smartphone is expected to be launched in three different variants in order to occupy every single space of the phone market. Nevertheless, the cheaper version is quite disappointing.

Motorola recently unveiled ithe new members of its Moto Mods family at an event in Ghana.

The new budget smartphones are at the very low end of Motorola’s smartphone lineup, and they are the company’s most affordable devices starting at $97.

Vivo V5S VS Moto G5: Which Budget Smartphone Can Impress You With Its Camera?

Both Vivo and Motorola have expanded their smartphones' capabilities while staying budget-friendly. With its low price point, which of these two has impressive camera capabilities?