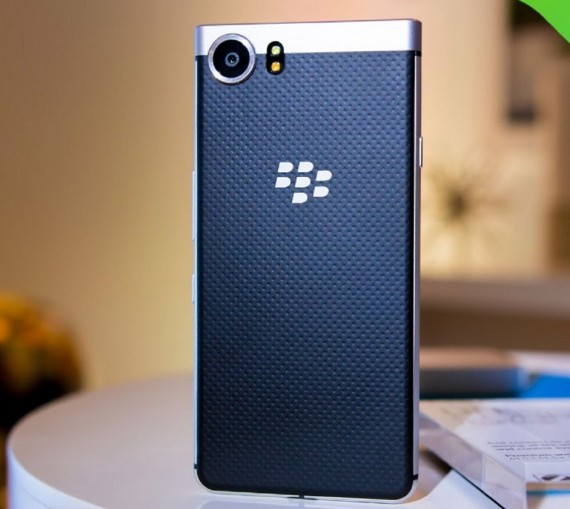 We're taking a look at an early version of the BlackBerry Mercury, a a new keyboard-equipped device running Android. <br /> (Photo : Android Authority/YouTube)

The BlackBerry Mercury has already been unveiled at the CES 2017 tradeshow in Las Vegas, and everyone expects to see how this mobile device is going to perform in the market this year, given the fact that this could be the brand's last opportunity to recover its old importance. Given this situation, here are three important things you need to know about this smartphone,

The BlackBerry Mercury Will Be Equipped With A QWERTY Keyboard

Although there are many that consider this move as a rebellious surprise, is not quite shocking that the BlackBerry Mercury will wear the classic QWERTY keyboard, given the fact that this is the most characteristic feature of BlackBerry phones and something that a lot of customers see as an unpleasant symbol of a not-so-far past in which the Canadian company was the major player in the phone business.

As reported in a previous article, the application of the QWERTY keyboard is something quite risky, given the fact that this is a feature that will definitely be the reason of BlackBerry Mercury´s hypothetical success or failure. It´s a traditional approach that might not be able to catch up with the demands of digital technology.

No One Knows Its Price

Although it was already unveiled this month, the BlackBerry Mercury remains a mystery in some aspects, and one of the most important is its price, given the fact that everyone would like to know how much it will cost.

In fact, the price was one of the main details that some analysts wanted to know about the BlackBerry Mercury, considering that one of the most important strategies that a company does in order to make its product successful in the market, is to establish how much will the customer have to pay for it.

There are speculations saying that this mobile device might cost around $450, which is not exactly a bad price for a phone whose main goal is only to gain enough popularity to survive some more years.

Some Of Its Specs Haven't Been Confirmed

Believe it or not, even when the BlackBerry Mercury was already unveiled, nobody managed to get their hands on the mobile device just yet, which is something extremely weird considering that the company usually allows consumers to explore the smartphone once unveiled just for marketing issues. Naturally, this is a situation that has as a collateral damage, the fact that some of its specs are confirmed, while many others are not, this is not a good experience to customers that want to know everything about the product before its release.

The confirmed specs include a 4.5-ich screen with Full HD display, 3.5mm headphone jack, a USB-C port, 3:2 aspect radio display, and a 3,400Ah battery. On the other hand, there are other unconfirmed specs that include an 18-megapixel rear camera with LED flash, a front-facing camera, and a Qualcomm Snapdragon 635 or Snapdragon 821 processor. Although this is a really annoying situation, let´s hope that the BlackBerry Mercury comes with more surprising specs.