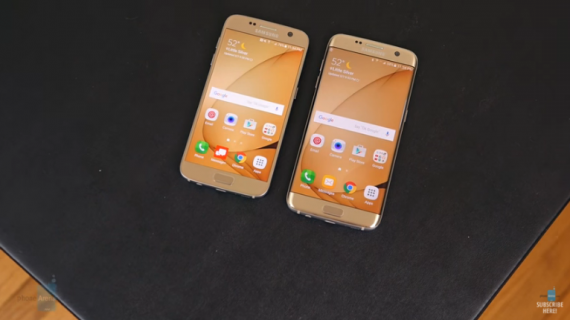 In the past few years, smartphone innovations have been relatively far and few in between. But most of those changes and features have come from the likes of Samsung and LG - and will probably be at MWC 2017. (Photo : PhoneArena/YouTube)

When the smartphone was first invented, there was so much about the device to faun over. There was its ability to connect to the Internet, a top to a bottom touch screen and a general new experience to interact with a handheld. But since then, technology has relatively slowed down in the industry. But with the few and far between innovations Samsung and LG has been, both of whom have started to lead the pack.

There was definitely more to look forward to before when companies were still starting to experiment with what a smartphone could do and what it would be for. There were options upon options, ranging from design to specs to accessories. But the technology has started to move at a slower pace, as the upgrades possible to a standard smartphone have started to diminish.

This is not to say that the market is in short supply of spectacular choices - quite the opposite in fact. The industry has come such so far and has expanded so much since its humble beginnings. But there is hardly any distinction between one generation to another at this point, except for the updated specs that improve power, speed and battery life.

But as TechnoBuffalo notes, not all hope is lost. Samsung is still one of the biggest contributors to the smartphone industry, but its reputation was slightly tainted when the issue with the Galaxy Note 7 erupted. The supposed flagship of the Korean tech giant was going to bring so much to the table - more than almost anything before it had in recent years.

It was going to bring iris scanning to the forefront of smartphone technology, for example. And while there were reported troubles with the technology, at least Samsung had brought it to the table. There was the promise of perfecting the same as the months passed. Largely because the market lost what could have been a strong contender, it was painful to watch the Galaxy Note 7 recall.

But as the publication notes, there is still hope for the industry - plenty of it. The Mobile World Congress is just around the corner and there is probably no better place to showcase new ideas and innovations. Handhelds are expected to come fitted with an iris scanner this time around, as well as advanced artificial intelligence or virtual assistants and sensors that lie beneath the display.

It is also possible for the LG G6 to incorporated Google Assistant into its interface, as well as a wireless charging feature. Unlike its predecessor, the G5, the upcoming device will no longer be fitted with a modular design - based on the company's experience, the market is simply not ready for the same. However, it will be water resistant with a premium glass design.

On the other hand, the Samsung Galaxy S8, as Reuters reports, will not be debuted at the MWV 2017. This will be the first time in a while as the company has used the previous three years to showcase the newly added S handheld. But the tech giant's mobile head DJ Koh made the same clear to the publication. The exec did not clarify when the S8 would be unveiled, though analysts are gearing towards an April release.

The Samsung Galaxy S7 Edge is arguably the best smartphone of 2016, but there are features that are exclusive to the Google Pixel XL that gives the older model a run for its money.