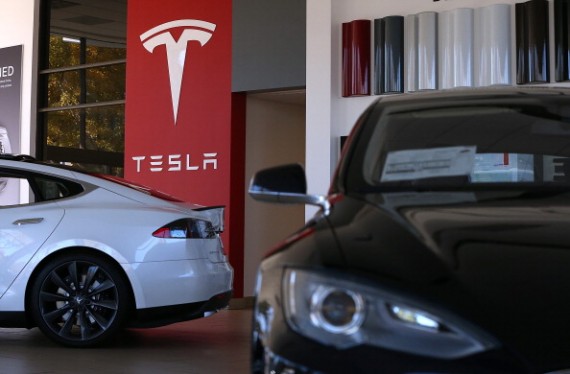 When most people think autonomous driving, they think Tesla. And yet, the industry is filled with several other players and the Elon Musk-run company is not - as much as it might hope to - a monopoly. Various other players in the market exist and offer the same type of service, but are not as public and forceful as its most-known player.

As Inverse reports, Tesla is not the only company with know how on autonomous driving. In fact, most large players in the auto industry have this type of technology, although it might be packaged differently. As the publication quotes Kelley Blue Book publisher Karl Brauer, "they're [just] not bragging about them."

According to Brauer, almost all car manufacturers are researching on and developing its own autopilot technology. However, instead of making every epiphany or every piece of knowledge public, these companies have decided to keep relatively quiet about their projects. It is already known in the market that companies like Ford, General Motors and BMW have already put their foot in the market, but until it is mastered, the public will not see multiple press releases and models from these companies.

The strategy that these companies has opted for is arguably more traditional. Tesla, in comparison, has opted to release units like the Model S and the Model X and instead release a steady stream of updates to its Autopilot system. On the other hand, Ford and General Motors have announced their interest and plans for the next few years, but have not invested the same amount of time and energy into presently selling the idea.

Ford has announced its plans to produce and sell an autonomous level four system by 2021. Meanwhile, General Motors already has an autonomous system in place, called "Super Cruise," which the publication notes is very much like Tesla's autopilot. However, once the system sees that the road is one it cannot drive on, or if the drive is no longer paying attention, Super Cruise will turn on the unit's hazard lights and will pull off on the side of the road. The same is supposed to be released sometime this year.

However, it is not just car manufacturers that have invested in autonomous driving, which is likely to become the norm on roads sooner or later. As Forbes notes, the recently concluded Consumer Electronics Show allowed chipmakers to make their mark on the industry as well. More specifically, Intel, Nvidia and Qualcomm were all able to use the platform to announce major autonomous designs, products and partnerships.

Intel launched Intel GO, the company's first automotive branded solution services, which describes the company's compute platform for autonomous driving. Meanwhile, Nvidia confirmed that it would focus on the artificial intelligence and machine learning aspects of the field. Meanwhile, Qualcomm rounds up the group by stating it will focus on connectivity.

The industry of autonomous driving is a quickly developing one and Tesla undoubtedly does not hold all the eggs - the success of the technology does not rest on the company's shoulders. More and more players are investing and entering the field, which is why autonomous driving might soon become the norm.

Galaxy Note 8 To Be Safer, Samsung Might Use Thermal Pipes For Better Heat Distribution

The Galaxy Note 8 offers a safer and more secure experience to its consumers with the use of thermal pipes to prevent heating problems on the device.

We explore the potential growth and benefits of eSports Cafes in India through an exclusive interview with Nvidia.