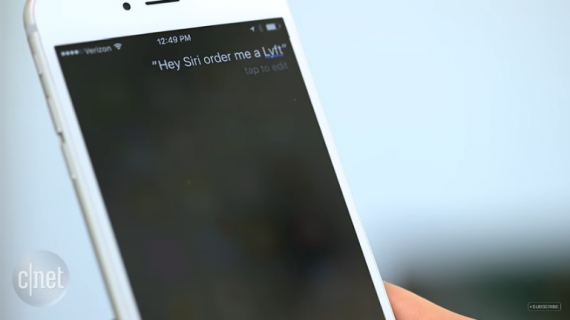 While artificial intelligence was once an unreachable dream, the same technology is now available with the unlocking of a smartphone. With its ease, simplicity and efficiency, the same tech will only continue to be developed. (Photo : C|Net/YouTube)

Some decades ago, artificial intelligence was a pipe dream that was only possible in futuristic movies. A few years later, it was becoming a reality in research laps, but the idea of mass use was still a far-flung reality. But as the technology kept getting developed, the packaging became smaller and smaller - now it takes a little more than unlocking a smartphone to experience AI.

As FutureOfLife.Org points out, artificial intelligence comes in different forms and has many different uses. While movies have often illustrated the technology as self-thinking and self-moving robots, the current state of AI corrects this idea. From Siri to Tesla's autonomous cars, the technology can morph and act depending on the needs and wants of the public and developers.

But because current AI technology can only do specific tasks at once, it is currently still called Narrow - or weak - Artificial Intelligence. Naturally, most researchers and developers have the end goal of a General or Strong Artificial Intelligence. Theoretically, there will be technology that can encompass almost all human activities. And with the rate at which this segment of the market is growing, it does not seem as impossible as it once did.

This year alone, Apple is expected to enhance Siri by tenfold. According to C|Net, the iPhone 8 will debut the virtual assistant with more intelligence. The Cupertino-based tech giant has yet to make its plans official, but the technology is nevertheless expected to make waves in the smartphone industry this year. The Huawei Honor Magic, which is currently selling in China, apparently uses AI to activate sensors and settings that will only show notifications when the handheld is being used by the owner.

In this sense and as it stands, artificial intelligence is a great piece of technology to have on a daily basis. It has plenty of uses and can carry out daily tasks that often already seem like nuisances. It allows people to free up their hands for other things - whether that be spending more time getting ready, or with family. And because of its benefits and potential, researchers and scientists spend hours upon hours in developing the same.

But while artificial is stills something to be mastered and still leaves plenty to the imagination, there is the risk of over developing the technology. At this point, AI is limited in terms of its tasks and its capabilities. It can drive a car, send a message, hail a cab and play a song. But if the day comes that technology can think for itself, there is a lot to be fearful of and hopeful for.

Some scientists, for example, have expressed concern that artificial intelligence might one day surpass human intelligence. But if that day does come, developers will aim to align its goals with that of the human race. On the other hand, if the tech does one day leave behind mortal capacities, it might be able to solve issues and crises that have plagued humanity for years, such as poverty, war, and disease.

Apple and Microsoft have had a long-standing competition between them in terms of both products and services. And near the end of 2016, both companies released their best products to date: The 2016 MacBook Pro and the Surface Studio.

The Nintendo Switch Mysteries: Unaswered Questions Before Purchasing The Console

Nintendo is definitely getting off on the right foot with the Nintendo Switch, but that does not mean the public’s curiosity has been quenched. There are still several questions that need to be answered before the upcoming console can be a considered for success.