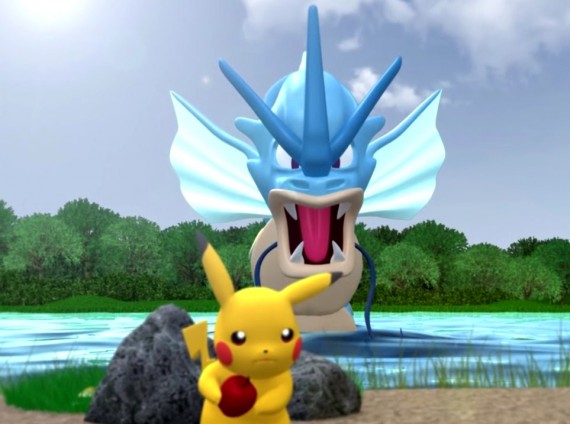 There are those who believe Nintendo has kept some secrets about Pokemon GO from its fans. Why? Here are some of the secrets and the keys to unlock them. (Photo : QuickDrawCreate/YouTube)

Pokemon GO is supposed to be for everybody. However, there's a bit of mystery to this game because of its many secrets. For instance, some say that Nintendo has given us an awfully short tutorial. It is supposed to teach us at least a basic modicum of the game such as its game mechanics and features. But it pretty much leaves us on our own.

So, to help you get up to speed in Pokemon GO, we are giving you a list of the secrets that others say Nintendo doesn't want you to know. This mobile video game has many secrets and strategies that you need to know. Knowing these secrets is the best way you can really enjoy playing this game.

The Secret Of The Battery Saver Mode

Always wondering why your battery seems to be out of juice in just a short time? The battery saver mode in Pokemon GO just dims your screen, but it still keeps the app active even if you turn your mobile phone upside down. You have to toggle the OS settings of your phone to do that. In effect, this battery saver mode doesn't do much what it's supposed to do.

Your Pokemon Catch Rate Depends On The Target Reticle

If your Pokemon GO catch rate is high, you will easily catch these monsters. But it will depend on the Target Reticle that you see on your screen. These are the circles that overlap wild pokemon. They can grow or shrink when you hold a pokeball.

Your catch rate in Pokemon GO is at its highest when the circle is shrinking. That's when you need to throw the ball. These circles also come in different colors such as red, orange, yellow and green. If the circle is reddish, you will have difficulty in catching the Pokemon. You can tone down the red or orange color by using special balls.

You Can Disable Augmented Reality

If Augmented Reality (AR) in Pokemon GO is active, it will be harder for you to catch Pokemon. The reason is that the camera moves based on your phone's position. Visual obstructions in your current location will also make focusing more difficult. AR is good for screenshots, but it adversely affects your catch rate. Just tap the on/off switch at the top-right part of your screen to disable the game's AR.

If You Want Extra XP in Pokemon GO, Throw Curveballs

Pokemon caught by a curveball will grant you extra XP. You need to know how to do it in Pokemon GO although it's not included in Nintendo's tutorial. Here's how you can do this. Tap and hold a pokeball, and then make a circle with your finger and the pokeball will change into a curveball. When you throw it, it will curve through the air. But you need to do it accurately because it is harder to hit Pokemon this way. But if you do hit the monster, it will considerably increase your XP. A rumor is also going around that curveballs will also increase your catch rate. Practicing it a number of times will help you get the hang of it.

Avid fans of Pokemon GO believe that there will be an upcoming update soon. They are expecting major changes in gym battles. But are they right?

It seems that there is an unwanted effect of the release of the Pokemon GO Gen 2 update. Players are reporting that they have difficulties in hatching new Pokemon.

Trainers of Pokemon GO all over the world are reporting that they are finding female Pikachu popping out in the wild. It appears that Niantic has not informed its trainers about this new update.

Niantic has been able to keep up with the sudden change of life where people are mostly staying indoors by offering awesome Pokemon Go deals weekly for players to take advantage of!

Ever wondered what the top 3 Normal type Pokemons for defense would look like? Well, here they are!

FaZe Clan Gets Another Esports Celebrity! Will This New Member Make Them Champions This 2020?