How Google Home Could Fight Rival Amazon Echo This Year 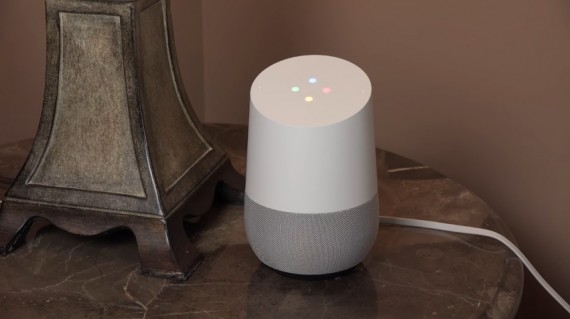 According to tech experts, there are real chances that Google Home could defeat its rival Amazon Echo this year. (Photo : DetroitBORG/YouTube)

According to tech experts, Google Home could challenge Amazon Echo's dominance this year, if following the right strategy.

According to Tech Republic, a new tech product usually leads to a battle between products. That was the case for iPhone vs. Android or PC vs. Mac. Now, it is about Google Home vs. Amazon Echo, an all out battle for smart home hubs.

According to CNET, in the artificial intelligence (AI) assistant market, the Amazon Echo has a leading position right now. Estimates indicate that Amazon is approaching 10 million Echo units sold. Amazon's lead on the voice assisted market seems unchallengeable for Google Home, a device released two years after the Echo.

In its fight against rival Amazon Echo, Google has an uphill battle. However, VoiceLabs has recently published a survey that suggests the Echo's dominance is not so definitive as it seems. On its side, Google has several important advantages.

The VoiceLabs survey has shown that people who own neither an Echo nor a Home are split 50-50 when asked what AI voice-assisted device they prefer. The split indicates that, despite Amazon's two-year head start, in the overall populations this isn't necessarily translating into higher preference or awareness. Despite its newcomer status, Google's competitive presence is strong.

A possible explanation for Google Home's strong position on the market is the fact that the Google brand is very well known on a global scale. While Amazon has only 244 million in around 15 countries, Google has billions of search users all over the world, one billion Gmail users and over 1.4 billion Android smartphone users. In many people's lives, the Mountain View tech giant is a daily presence.

How Google Home Can Win The Fight

The 50-50 split in preferences reflects Amazon's inability to establish its Echo voice-powered device as uniquely compelling. Surprising, considering the Echo's two years head start, the nonuser population doesn't seem to know the unique value of the Amazon Echo over and above Home's. That situation can create an advantage for Google Home and it might even lead this year to more unit sales than Amazon Echo.

However, before it can win the 2017 market, Google needs to offer more pricing options. In regard to price, for now, the Google Home appears to be in a worse position. But when it comes to entertainment, it certainly has an edge on the Echo. While Echo isn't capable of working directly with the Amazon Fire TV, the Home already integrates well with Google's TV streaming Chromecast system.

In order to leverage even more this advantage on short-term, Google needs to improve even more its Chromecast integration, expand to work on rival Roku and sharpening the YouTube browsing experience. On long-term, Google needs to collaborate more with top TV manufacturers in order to create more inroads. When all you need is a TV and a voice assistant, voice-controlled streaming will excite people

Google Home already provides integrations with Sony and Vizio TVs. By pursuing partnerships aggressively with other big TV manufacturer companies, Google could potentially challenge Amazon's lead in voice-controlled TV. The way toward smart TV voice control is already paved by Google. The company needs to leverage this position if wants to also claim territory in the smart home market.

Apple's Smart Home strategy is under threat due to strong competition from Amazon's Echo.

The field of artificial Intelligence has made important advances in 2016.