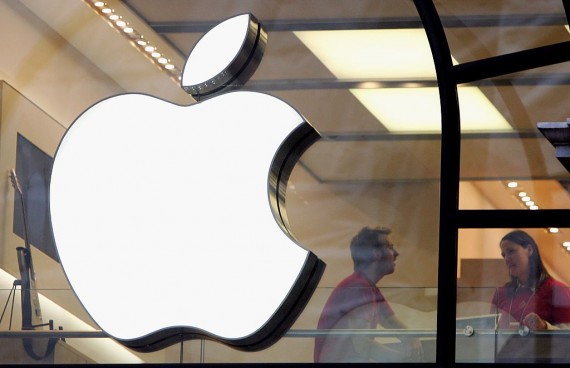 LONDON - DECEMBER 27: People are seen behind the Apple logo in Apple's flagship London retail store on Regent Street on December 27, 2006 in London, England. With many stores open for the first time since Christmas Eve, bargain hunters are searching for the best buys as the post-Christmas sales get under way. (Photo : Scott Barbour/Getty Images)

With its Alexa powered Echo speaker system, Amazon is delivering well on the promise of easy-to-use technology able to control home gadgets with a natural language voice commands. Amazon's success challenges Alphabet's Google and Apple for the top spot on the market for connected household. This tight competition is following the classic dynamic in of the tech industry.

According to Fortune, Amazon has chosen to pursue an open-system approach. This strategy allows quick development of multiple features. Meanwhile, Apple has chosen to take a slower approach, maintaining more control over the technology to assure ease-of-use and security.

The "connected home" niche is one of strategic importance. For Amazon, this can become a way to own its customer interactions (especially shopping online) without a Google Web browser or an Apple phone as an intermediary. On the other side, Apple has built the HomeKit whole home automation architecture into its smartphone as part of its overall struggle to keep the iPhone at the center of customers' lives.

Analyst and managing director with RBC Capital Markets Mark Mahaney estimates that over the holiday season Amazon sold as many as 10 million Alexa-enabled devices. Meanwhile, Apple did not unveiled whether or not it has a voice-activated speaker under development. However, Trudy Muller, an Apple spokeswoman, said that with iOS 10 the company is the first to integrate home automation into a major platform.

Many solutions for smart home have been announced, increasing rapidly the number of HomeKit-compatible accessories. The key developer partners for the Apple's smart home solutions are the makers of household devices ranging from refrigerators to lighting systems. Among these smart household gadgets currently there are around 250 devices that are certified to work with Alexa.

A rapid development of third-party applications has been encouraged by Amazon with financial incentives for some partners and its open-systems approach. According to CNET, for instance, Nanoleaf's color-changing Aurora wall panels and smart bulbs can be controlled now with Alexa commands. By contrast, Apple's HomeKit, has only around 100 certified devices.

How Apple Tries To Maintain Control

Gadget makers must include special chips to work with Apple's system in order to become HomeKit-certified. Apple also requires developers to purchase specific Bluetooth and Wi-Fi networking chips that usually cost more than competitor products. Another imposed rule is that the devices have to be manufactured in special facilities that are certified by Apple.

Manufacturers are also required to send product samples to Cupertino, to be tested by Apple extensively for compatibility. For this whole certification process to be completed, it can take three to five months. Device makers aren't allowed during that time to publicly claim that they're pursuing HomeKit certification.

By contrast, Amazon's Alexa only requires smart home companies to submit to Amazon for review the software code developed. Because this is only a software review and there are no special chips to be tested, this process is much simpler. Only companies that want to promote their products on Amazon's website need to earn the "Works with Alexa" label.

In order to get the "Works with Alexa" label, startups must have their products physically tested. However, this can be done in a third-party lab. It remains to be seen whether Apple's slow-to-develop system will be able to overcome Amazon's widening lead.

Amazon is winning the digital assistant race with its Alexa AI app that is set to dominate at CES.

Apple To Unveil AI And iOS Plans At WWDC 2016

Tech experts expect that Apple will talk about its artificial intelligence and Mac iOS plans at WWDC 2016.