The Most Incredible Cyber Strikes Ever Made By Anonymous 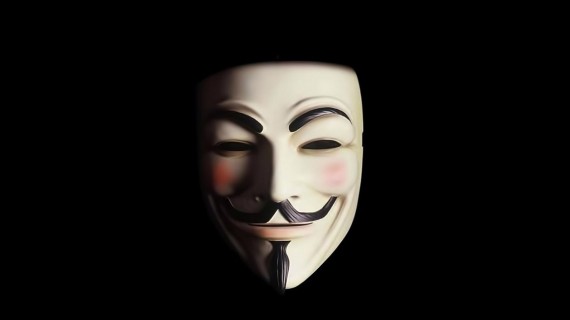 Recently, Anonymous declared war on U.S. president Donald Trump, which clearly represent another chapter in the rough relationship that the White House has established with these kind of organizations in the last years. (Photo : Orthodox American/YouTube)

A couple of weeks ago, hacktivist group Anonymous was once again in the spotlight, after it managed to take down 20 percent of the dark web´s portals, in which there were found related to child pornography. Although this has been one of the most incredible operations ever made by this group, there were other cyber strikes that shook the world. These were the most incredible.

In a moment in which WikiLeaks changed the history of its involvement in the U.S. presidential elections´ sabotage by Russian hackers aligned to the Kremlin, this would not be seen as a major surprise, but considering that people weren't used to this kind of cyber strikes at that time, this can be considered as one of the most incredible operations ever made by Anonymous.

We´re talking about how the hacktivist group managed to compromise the email account of the Republican Sarah Palin, in such an incredible way that it had an incredible media coverage at that time, to the point in which many consider that this was probably the first moment in which Anonymous managed to be considered as something that governments should take seriously.

The cyber strike consisted of hacking Palin´s private Yahoo and eventually posted the email account´s password on 4Chan. Naturally, since Wikileaks already existed at that time, the hacker that made the operation took several screenshots and send it to the pro-transparency organization, but the thing was that no incriminating information from the Republican was found.

One of the most incredible political events in this last decade was the Tunisian Revolution, not only because of what it represented in the religious and geopolitical field but also because of the way in which social media networks played a fundamental role in President Zine El Abidine Ben Ali´s ousting.

Naturally, this revolution was produced by the way in which Tunisian people were living a high rate of unemployment, poor living conditions and the lack of freedom of speech, but another element that was really important in this event´s outcome was how WikiLeaks and Anonymous also played a decisive part.

On one hand, the whistleblower organization was a huge instigator thanks to the way in which it described in detail everything related to the government´s corruption, and how it was oppressing the protesters. On its part, Anonymous decided to be part of the revolution by recruiting an important number of Tunisian hackers, who managed to take down governments' portals with DDoS cyber strikes.

As you might remember, Ferguson´s protest were some of the most delicate events in the U.S. back in 2014, not only because once again the country was focusing on the police brutality subject, but also because there was a huge clash between security forces and several protesters in the streets.

Believe it or not, hacktivist group Anonymous also played a quite decisive role in many aspects of this particular event, to the point in which many believe that the way in which the protest started to get more intense was the product of some actions made by Anonymous. Apparently, these actions included a video warning to the Ferguson Missouri police after shooting Mike Brown, which got a lot of attention in the American media.

Nevertheless, things got to a whole new level when Anonymous decided to expose personal information of the St. Louis County police Chief, including his phone number, location, and even family members. Of course, while there were a lot of people that supported Anonymous´ actions, there were others who believe that this is quite irresponsible and threatening, considering that it could have unpredictable consequences.

Although the mobile device management firm doesn't explain the reason why these apps were blacklisted in several companies, many as Angry Birds might positioned because of the way it distract the employees.

Considering that Twitter is banned in China, Weibo has an empty highway in which it could increase its users´´ numbers, thanks to the lack of a major competitor in this particular field.

The Sony hackers Lazarus has been characterized for making its operations with some specific techniques. However, it seems that the group has developed some others that could also be quite efficient.

Anonymous fought with online child pornography by hacking and taking down remarkable sites of the dark web.

Although Anonymous' animosity against Donald Trump is not exactly new, this is the first time that the hacktivist group threatens him after several months. If the accusations are proven, it would be catastrophic for him.