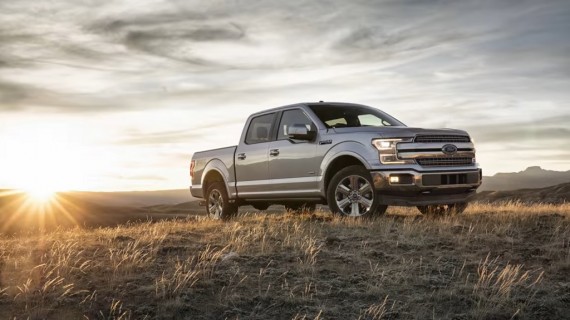 We asked for it and Ford has finally heard our wishes as it brings diesel-powered engine to the 2018 F-150. (Photo : Town and Country TV/YouTube)

There a lot of reasons why you should look forward to the 2018 Ford F-150. Aside from the refreshed looks, the new model will also finally come with a diesel engine. In addition, the 2018 Ford F-150's other powertrains are also going to be significantly improved again for the next year model.

The answer obviously lies in the auto market's demands. Diesel engines are not known to be the most powerful powertrain options but they have excellent range in terms of fuel efficiency. This means that you get the most out of your hard-earned money and it saves you the trouble of having to visit the gas station more often. Besides, many of Ford's rivals have offered diesel engines such as the RAM 1500, Chevrolet Colorado and GMC Canyon according to report. Ford cannot just stand by and let its competitors get ahead.

One of the most anticipated upcoming powertrains for the 2018 Ford F-150 is the 3.0-liter Power Stroke turbo-diesel V6. According to report, no details have been revealed yet regarding how much horsepower and torque the diesel engine can generate but we can expect Ford to make the announcement as the debut of the 2018 F-150 Raptor draws closer.

In addition, Ford said that the 2.7-liter EcoBoost V6 and 5.0-liter naturally aspirated V8 will also receive some improvements. Accordingly, these powertrains will be paired with Ford's new 10-speed automatic transmission that has been co-developed by General Motors.

As far as technology goes, the 2018 Ford F-150 will be equipped with cruise control, pedestrian detection, pre-collision assist, blind-spot information and lane keeping system. The 2018 Ford F-150 will also have a new radar and camera with 360-degree view that will help you maintain the right distance from the vehicles ahead of you. There are a lot more features but listing them all down in one go would simply ruin the surprise.

Reports stated that the 2018 Ford F-150 is expected to be launched next fall. The price has not yet been announced for the 2018 model, but we are hoping that it would not stray too far from the current model. Hopefully, the 2018 Ford F-150 will not have issues when it comes to deliveries like what happened to the 2017 model.

What happens when the 2017 F-150 Raptor takes on the 2017 Chevrolet Silverado? The answer is nothing short of "demolition".

2017 GMC Sierra vs 2017 Chevrolet Silverado: Which One Is The Better Truck?

Ever wondered which truck is better between the 2017 Chevrolet Silverado vs 2017 GMC Sierra? Here's your answer.