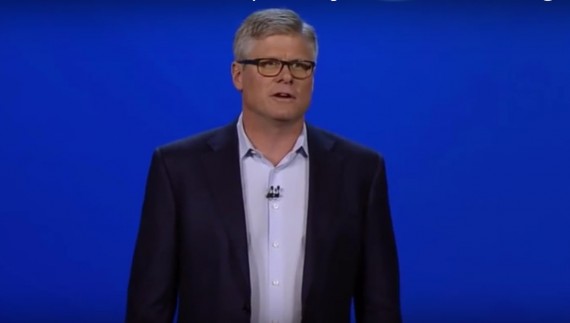 According to AnandTech, one of the key enhancements integrated on the second generation Snapdragon X20 LTE modem is the fact that the gigabit modem gains support for 5x carrier aggregation (5x20MHz). With over 1000 possible carrier aggregation band combinations, this allows for a more flexible use of available licensed and unlicensed spectrum. By performing 4x4 MIMO on three aggregated carriers, the number of usable spatial streams was also increased from 10 to 12.

All these improvements give the X20 modem a boosting peak theoretical bandwidth to 1.2 Gbps and allow supporting UE Category 18 on the downlink, as well as a 20 percent improvement over the X16 LTE modem. However, the uplink bandwidth of X20 remains the same as for X16, supporting up to 150 Mbps with 64-QAM and 2x20MHz carrier aggregation.

Qualcomm's primary goal for X20 is going beyond performance's improvements. By supporting Licensed Assisted Access (LAA) and 5x carrier aggregation (CA), the X20 allows network operators to use only 10MHz of licensed spectrum in order to deploy gigabit LTE service. In many crowded markets where 20MHz blocks are rare, this is a very important feature.

According to Hot Hardware, the new Snapdragon X20 LTE modem is the first commercially announced gigabit LTE chipset designed to deliver fiber-like LTE Category 18 download speeds. Gigabit LTE is a viable bridge to the upcoming 5G technology. When using 10MHz CA and LAA, around 90 percent of network operators around the globe can deploy gigabit LTE.

The previous generation X16 LTE and the Snapdragon X20 modems share several features. Among them include Ultra HD Voice quality using the EVS codec, LTE Broadcast, as well as support for Citizens Broadband Radio Service (CBRS) in the US.

One new feature that is exclusive to the X20 is Dual SIM Dual VoLTE (DSDV). This technology is expected to help carriers transition away from legacy GSM networks. Because voice can be carried over LTE, with DSDV the second SIM is no longer limited to 2G or 3G voice duties. LTE data service can be selected on either SIM, thanks to the DSDV technology.

The Snapdragon X20, like previous Qualcomm LTE modems, will be offered initially as a stand-alone product. Next year, it is likely that the chip will be integrated into a high-end Snapdragon SoC. The sampling of the new modem to customers has already begun. Tech analysts expect that the first commercial devices will appear in the first half of 2018.

Qualcom Is Sued By Apple For Withholding $1 Billion Royalty Rebates

Qualcomm's newly launched Snapdragon 835 will likely remain the best Android chip of all in 2017.

Qualcomm announces a 5G modem based on the Snapdragon X50 processor, to be launched by the year 2018.