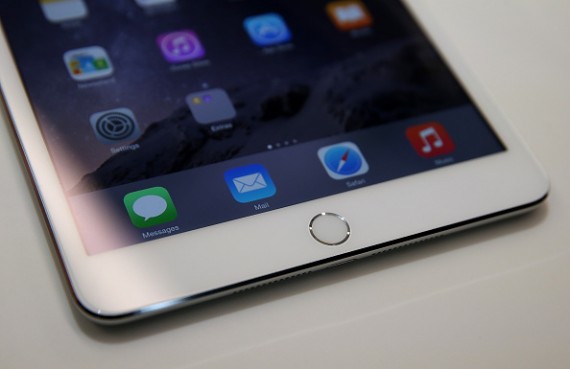 From February 27 to March 2, some of the biggest tech players will make an appearance at the Mobile World Congress in Barcelona. Apple, despite being a key player in the industry, has notoriously been absent and will again not take part this year. However, the company is scheduled to make its own event in March, where it will unveil some new products.

According to Fortune, Apple is planning to hold an event sometime in March for members of the media. During the same, four new iPad models are expected to be unveiled and discussed. More specifically, the event will center on the iPad Pro and two new model sizes that will be offered. The other models will feature refreshes on the current offerings.

The 9.7 inch and 129 inch iPad Pro models, for instance, will receive new processors and might also come with a new design. On the other hand, the publication has also claimed that a 7.9 inch iPad Pro model and a 10.5-inch model will also be introduced for the very first time. These sizes are not entirely new to the company but are for the Pro line of tablets.

Meanwhile, Computer World has reported that the new 9.7 inch and 10.5-inch models will have an edge-to-edge design that will have no Home button. However, a small bezel will still be visible at the top to provide space for the iSight camera. Moreover, the 7.9-inch model will feature the same Smart Connector technology which has become standard in iPad Pros. This likely means that Apple will be releasing new keyboards to fit snuggly with the new sizes.

Other improvements include a faster chip in all sizes. The smallest upcoming iPad Pro is estimated to be fitted with the A9X processor, while the larger models will be powered by the A10X chip, which is reportedly four times faster. This could mean that the high-end iPad models will be faster than some Macs. Moreover, better RAM speeds and higher storage space options are likely to be in the mix.

The publication went on to say that it is speculated that all the devices will have a wireless charging feature, a rumor that has been following all of Apple's upcoming products for a while now. Furthermore, the March event might also be where Apple introduces the Apple Pencil 2, which is estimated to come with better battery life and improved connectivity. The standard 3.5mm audio jack is also expected to retain, following the controversial removal from the iPhone 7 and iPhone 7 Plus.

It is a little odd, however, how there is hardly any word about updates to the other iPad lines, particularly the Mini and Air models. It is possible that these product lines will still receive an update, but will not be the main focal point of the March event. It is these products that cater to the more budget-conscious individuals.

The Apple March event is likely to tie down the company's loyal consumer base until this September when the iPhone 8 is expected to be announced. The 10th-anniversary device is gaining momentum in the market as it is expected to feature several design changes, which members of the public consider overdue.

Mobile World Congress is only a few days away and there is so much to look forward to. Some of the leading players in the mobile industry, such as Sony, Nokia, Motorola & ZTE, are expected to make a splash.

The possible addition of an OLED display in the iPhone 8 is about more than just a brighter screen. The choice, if made, will allow space for several other features.

The Cupertino-based tech giant is not making the production of a smart speaker its priority, unlike some of its biggest competitions, namely Google and Amazon. Apple has another plan in place.

Hackers Who Work For the Government: From Outlaw to Hero

There have been many hackers who turned out to work for the government where their skill was finally recognized, and here are a few of them.