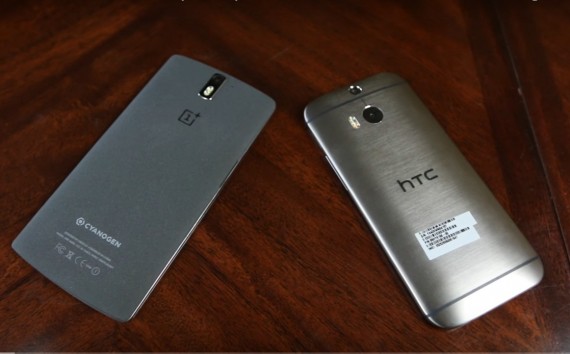 Both set to be released this year, the OnePlus 5 and HTC One X10 are rumored to be high-end smartphones packed with amazing specs and features. However, the OnePlus 5 is more powerful. (Photo : Mohit Choreria/YouTube)

The OnePlus 5 and HTC One X10 are both high-end smartphones set to be released this year and are said to be simply amazing based on the recent rumors, leaks and reports. However, though both devices do carry some heavy powered specs and cool features, it's hard not to point out that the One Plus 5 offers way better than the HTC One X10. With that being said, let me try to convince you as to why the OnePlus 5 is the better phone.

As for the HTC One X10 a supposedly "leaked image" of the HTC One X10 has been reported. The device is said to feature a metal unibody design, a fingerprint scanner below its rear camera and capacitive keys on the front for its home button, recent key and back key.

The OnePlus 5 features a 5.5-inch Quad HD AMOLED display with a 4k resolution, which is so far the highest in smartphones. Not only that, the said device is also reported to allow 3D streaming videos designed with the latest 3D technology. Meanwhile, the HTC One X10 is reported to have a Full-HD 5.5-inch display with a screen resolution of 1080 x 1920 pixels. Compare both of them; it is clear as day that the OnePlus 5 has the better rumored screen specifications.

The OnePlus 5 is said to run on the latest Android and will be packed with a Snapdragon 835 chipset clocked at 3.2 GHz. On the other hand, the HTC One X10 is to be powered by an Octa-core MediaTek Mt6755/C processor clocked at 1.9 GHz and equipped with a Mali T860GPU. Again, when compared to each other, the OnePlus 5 is way more powerful.

The OnePlus 5 is rumored to have either 126 or 256 GB of internal memory storage with 8 GB of RAM. As for the HTC One X10, it is reported to only feature 32 GB with 3 GB of RAM. For this round, the OnePlus 5 is yet again more powerful.

Speaking of cameras, HTC One X10 actually has the upperhand, at least for me. The thing with high MP cameras is that though they can deliver a better quality output, it suffers in low light conditions. This is because that smartphones don't have that large space to fit all those MPs into that tiny little space allocated for the rear and front camera lens.

The OnePlus 5 is expected to house a battery capacity between 3,500 and 4,200 mAh, capable of charging from zero to 60 percent within an hour, and wireless charging. It is also rumored to have an operating time of more than 18 hours even with its 3G or 4G data connectivity is enabled. In the case of the HTC One X10, this device is said to be powered by a 3,000 mAh battery.

Though the LG G6 is a smartphone that is worth praising for its rumored amazing dual camera specifications, it pales in comparison to the LG V30 rumored specs and features.