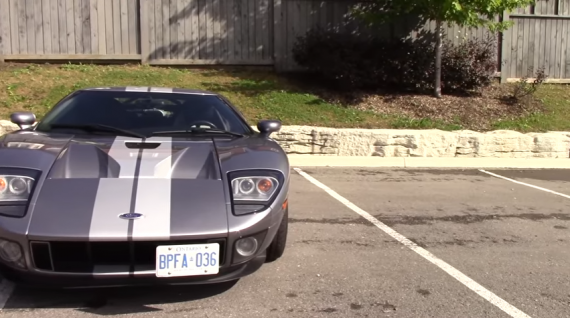 The Ford GT has just received a facelift, which not only makes the vehicle lighter but faster as well. Fans of the line are sure to do anything to get a unit, especially since there is a limit in production. (Photo : Doug DeMuro/YouTube)

The Ford GT is arguably one of the most popular supercars that are currently available on the road. But despite its success in various competitions, it still received a facelift that not only made it lighter but made it faster as well. Now with a Competition Series, the model is even deadlier in the circuit, although only a handful of individuals will be able to get their hands on the unit.

As noted by Motor Trend, it has only been a month after the Ford GT won at the 24 Hours of Daytona and yet a revamp has already been made. The Ford GT Competition Series will see a significant weight drop and enthusiasts are expected to start grabbing the chance at owning one. The limited production of the unit, however, will not make it easy.

According to the publication, the Competition Series is meant to cash in on the GT’s already innovative lightweight and aerodynamic design. The model revamp includes new carbon fiber additions, like a carbon livery, a manual engine cover latch and carbon fiber prop rod, as well as carbon fiber A-pillars and carbon fiber side mirrors. In addition, the new generation is fitted with Plexiglas over the engine and a thinner and lighter Gorilla Glass bulkhead, which is meant to decrease the car’s curb weight to just 3,300 pounds. Considering how spender the earlier model already was, these changes are slightly overwhelming.

The most basic version of the Ford GT Competition comes with carbon fiber wheels, a feature that was optional in the earlier model. Furthermore, the vehicle will also sport titanium lug nuts and a titanium exhaust. And to make the device even lighter, there is also carbon fiber on the console, registers and door sills.

The paddle shifters and instrument panel were also anodized in red to bring some level of color. The suede seats remain, Ebony Alcantara, as do the instrument panel and headliner. The Ford GT Competition will be offered in a variety of six colors. These include Shadow Black, Frozen White, Ingot Silver, Liquid Blue, Liquid Gray and Triple Yellow.

The Ford GT Competition Series, however, will only be available in the Unites States. Furthermore, the company has remained relatively silent about any other details. However, it was confirmed that the models will be offered throughout the company’s announced production years.

The Ford GT has racing etched on its design, and as Raj Nair, Ford’s Executive Vice President for Global Product Development, shared, this has always been the case. “The Competition Series was developed with the most hardcore track enthusiasts in mind,” he said. And this is why the company decided to provide a more tailored set of features.

Production of the Ford GT Competition Series has already begun, and the publication has reported that a handful of units have already been released. However, all units accounted for at this period are already reserved to specific individuals. As such, there will be a waiting point for anyone that would like to purchase one of the units. How long that waiting time will actually be is still unknown as the company has not confirmed when the second production will begin, or how many it will churn out. CNet, however, has noted that each unit will cost more than US$450,000.

At this point in time, the idea of long range driving an electric vehicle seems farfetched and expensive. But if Tesla wants to change this idea by lowering the battery costs and it is slowly become a reality.

Jaguar has just updated its XE, XF and F-Pace models to accommodate a more powerful engine. The auto company also made sure to update some of its security and safety features.

Sooner or later, electric cars will be the norm and this means that auto companies will need to step up in their EV car offerings. Fortunately, the BMW X5 and the Volvo XC90 are filling in for the SUVs.