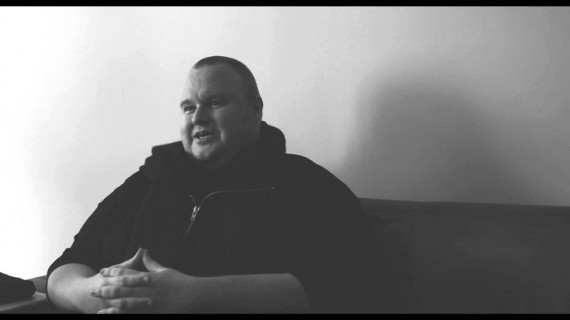 While Kim Dotcom is facing extradition to the U.S., WikiLeaks leader Julian Assange might be convicted for publishing classified material regarding the American government, politicians, and military. (Photo : The Orcon Box/YouTube)

Entrepreneur Kim Dotcom just doubled its bet against the New Zealand government, given the fact that he explained through its Twitter that he´s making a $2.4 billion lawsuit against it.  This came just after the nation´s High Court accepted his extradition to the U.S., in which could face up to 13 charges. However, what seems to be one of the most particular details revealed on his tweets, is that he could actually donate the money to whistleblower organization WikiLeaks if the government pays him.  If this turns up to be real, it clearly represents a strange situation which consequences seem unpredictable.

Helping Kim Dotcom Could Be Beneficial For WikiLeaks

With these statements, Kim Dotcom might be indirectly asking for help to WikiLeaks, and the pro-.transparency organization could be staring at a huge opportunity to make a major action with a billionaire reward. Despite the bizarreness that this move could be, the fact is that Megaupload founder is definitely a popular figure in the online community.  Many people supports his position on his legal situation, claiming that banning his company´s services clearly represent an incredible setback for millions of users that watch movies and series this way.

Given this particular situation, helping Kim Dotcom would definitely put WikiLeaks in a popular position once again, and it would definitely set a turning point in tech history.  This is due to the fact that Dotcom´s situation represents many people the way in which governments tend to put obstacles for streaming users around the world.

Also, WikiLeaks knows that this is something that would definitely restore its popularity among the online community.  Its reputation was seriously damaged after the elections' hacks, since many believe that the organization played a major role in the victory of President Donald Trump. In fact, WikiLeaks was also blamed for collaborating with Russian hackers aligned to Vladimir Pwithin´s regime, which is something that harmed its image to the point in which there´s a widespread lack of confidence in the organization.

On his tweet, Kim Dotcom also said that the money could be donated to whistleblower legal fund, support EFF and help government abuse victims. This tweet was meant to make users vote, and the result was that the option "all of the above" was the most voted, with nearly 4,000 votes cast.  However, supporting WikiLeaks was the second option, a proof that the non-profit organization still have a lot of popularity on the social media.

While Kim Dotcom is facing the possibility of an extradition to the U.S., Julian Assange is also in the same situation. On his part, Megaupload founder would be facing up to 13 different charges, including money laundering, allegations of conspiracy to commit racketeering, wire fraud and copyright breaches.

On the other hand, WikiLeaks´ leader Julian Assange is facing sexual assault accusations in Sweden, but is expected that if he gets to the U.S., he might get convicted because of the breach of classified material. Although it seems as an unexpected twist, Kim Dotcom and Julian Assange´s fates might be the same.

During a discussion in an event called "No more excuses, no more lies," Julian Assange explained the particular relationship between the pro-transparency organization Wikileaks and the famous fake news phenomenon.

Although New Zealand´s high court accepted Kim Dotcom´s extradition to the U.S., there´s a particular issue that could be really difficult with this situation, to the point in which it could not be made in short term.