Will Nokia Recapture Its Past Glory? 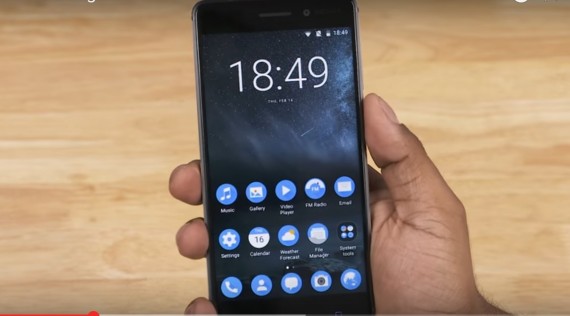 With the Nokia 6 smartphone unveiled at the MWC 2017 event, the company demonstrates its willingness to recapture its past glory. (Photo : C4ETech / YouTube)

Nokia dives back into the phone market through Finish startup HMD Global that owns the license to build Nokia phones. The company launched several new headsets on Sunday, Feb. 26, at the Mobile World Congress (MWC) 2017 event, in a bid to rise once again as a leading light in the mobile world.

The highest end phone unveiled by HMD at MWC 2017 is the $229 mid-range Nokia 6 that already got an early start in China. HMD CEO Arto Nummela said that he wants Nokia to return to its past glory and become again a top player globally in the coming years. However, it is clear that the startup's strategy underscores the caution necessary when plunging into the highly competitive phone market.

While some customers and Nokia fans will be disappointed that there's no high-end phone for them, HMD's strategy goes for baby steps. The company's priority high on the top of the list is to get the Nokia experience back to as many users as possible with phones that people can actually afford. According to CNET, Ben Wood, an analyst at CCS Insight, said that this is a measured move on the part of HMD.

Nokia still covers 9 percent of the "feature phone" market globally. The company comes second only to Samsung that has a 13 percent share. The market for feature phones is larger than most people think, such phones representing about one in five of all mobile phones bought worldwide.

With the retro version of the 3310, Nokia phones also reached for inspiration out to the past. The 3310 is an iconic device that predates the iPhone. The retro version of the 3310 is the company's signature product at the show, a device that resurrects the popular Snake game from back in the day. The phone is due for launch in the second quarter of the year, but will not reach the U.S. market.

According to USA Today, another trend visible at the Mobile World Congress event is that Nokia is embracing Android in a big way. The new Nokia 6, as well as Nokia 5 and Nokia 3, will run on Android. The devices will get regular Android updates and the Google Assistant.

Will Nokia Step Up Its Game?

If Nokia aims to recapture its past glory as one of the top brands in the mobile world, then the company needs to step up its game. The market needs a Nokia challenger to topple the Galaxy S7 or take on the iPhone 7. However, HMD Chief Product Officer Juho Sarvikas did not offer any hint about a high-end phone joining the Nokia lineup any time soon.

According to Sarvikas, with the first wave of its global devices, the company is focusing first to start from the mid-range handsets. The startup is more confident to create its most impact on the mid- and low-range market. There, HMD can stand out and differentiate with its name and quality.

Tech analysts expect that some high-end Nokia phones are coming, but the market will still need to be patient. Ian Fogg, an analyst at IHS Markit, said that, once it has had a little more time for its research and development, it is expected HMD to offer more premium handsets, especially centered around imaging capability.

Finnish mobile phone brand Nokia is planning a return on the market.

Nokia's Feature Phone Business Is Sold By Microsoft To Foxconn

Microsoft is selling Nokia's old feature phone business to a subsidiary of Foxconn.

Disney and Nokia made a multiyear agreement on using the OZO VR camera to boost virtual reality movie content.